What a bizarre world we live in 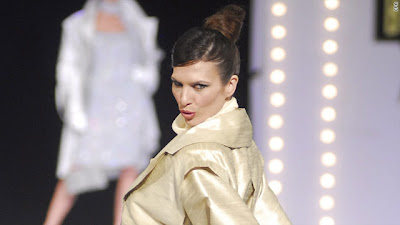 "Solange Magnano, 38, died in hospital, after being transferred from a clinic where she underwent an elective surgery on her buttocks last Wednesday."

That's generally the way the reports ran on Monday. Several things strike me as devastating about this event. One, the former Miss Argentina died leaving behind a husband and eight-year-old twins. Two, she died for a nicer bottom. Three, just in case we missed it: she died. Four, she put her life and the life of her family at risk for an irrational desire. In the words of Argentine fashion designer Roberto Piazza, who was also a friend of the model, "A woman who had everything lost her life to have a slightly firmer behind."

It's completely tragic and absurd. The question, to my mind, isn't "What kind of world do we live in where that kind of death becomes a possibility?"

(That's got to be a foreign concept to people living in the Medieval ages. Maybe they died of a hatchet to the butt. But I can't imagine they died of cosmetic surgery to the butt. You didn't like your butt? You drank another pint. You wished it were different? You covered it with three-inch burlap material. Or maybe you didn't even think that much about your butt, because you had plagues on one side and feudal wars on the other to worry about. )

The better question I think is: "To what extent are the rest of us complicit in a culture that makes that a common desire?" And "What can each of us as men and as women do--not just believe, but do--to resist such a culture? What kind of counter-cultural, gospel habits and practices can we take on that would offer a compelling alternative to the usual 'plastic surgery-makes-you-happier' tale?"

The answer to these questions is way too complicated for a blog entry, so I'll move on to Bizarre Event of the Week #2.

2. Tiger Woods has alleged affair with woman and the world of golf will never be the same. 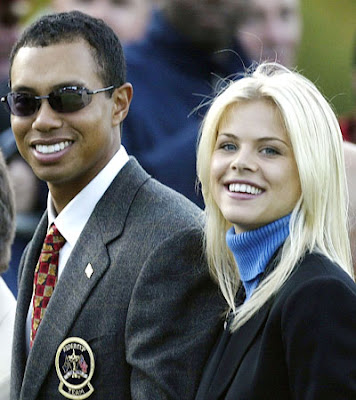 You probably don't need me to give you details about this one. The news is everywhere (a fine op-ed commentary here). But it does lead me to conclude, yet again, that:

a) sin makes you stupid, in the most holistic way possible, and

b) sin will eventually catch up with you, if not in this life, then in the next.

It's also usually the case that sinful behavior results in the most unpleasant and often uncontrollable forms of inconvenience. Just think how many hours and perhaps months Tiger will have to spend on this matter, when he could be serving his various charitable foundations or growing intimacy with his wife and children.

And then the alleged mistress says i-dee-o-tic things like "Whatever happens with Elin [Tiger's wife], I hope Tiger and I can reconnect and remain good friends."

Are you smoking crack?

Maybe the worst part about the situation with Tiger is that the rumor-mongering turns into a circus overnight and it devours every square inch of media. Violence in Pakistan? Possible racism in mayorial race in Atlanta? The health care reform mess? Forget it. Who said (maybe) what to (possibly) whom is racy and exciting. For the next several days (pray God, let it not be weeks) we'll be host to the rise and fall of the pseudo-celebrity of Ms. Grubbs et al.

And now I'm going to cease giving time to this loco news and get back to my work.

Just remember, folks: Only because a famous couple looks good doesn't mean they are good, or happy, or fulfilled, or living the easy life.