The Scents of a Place 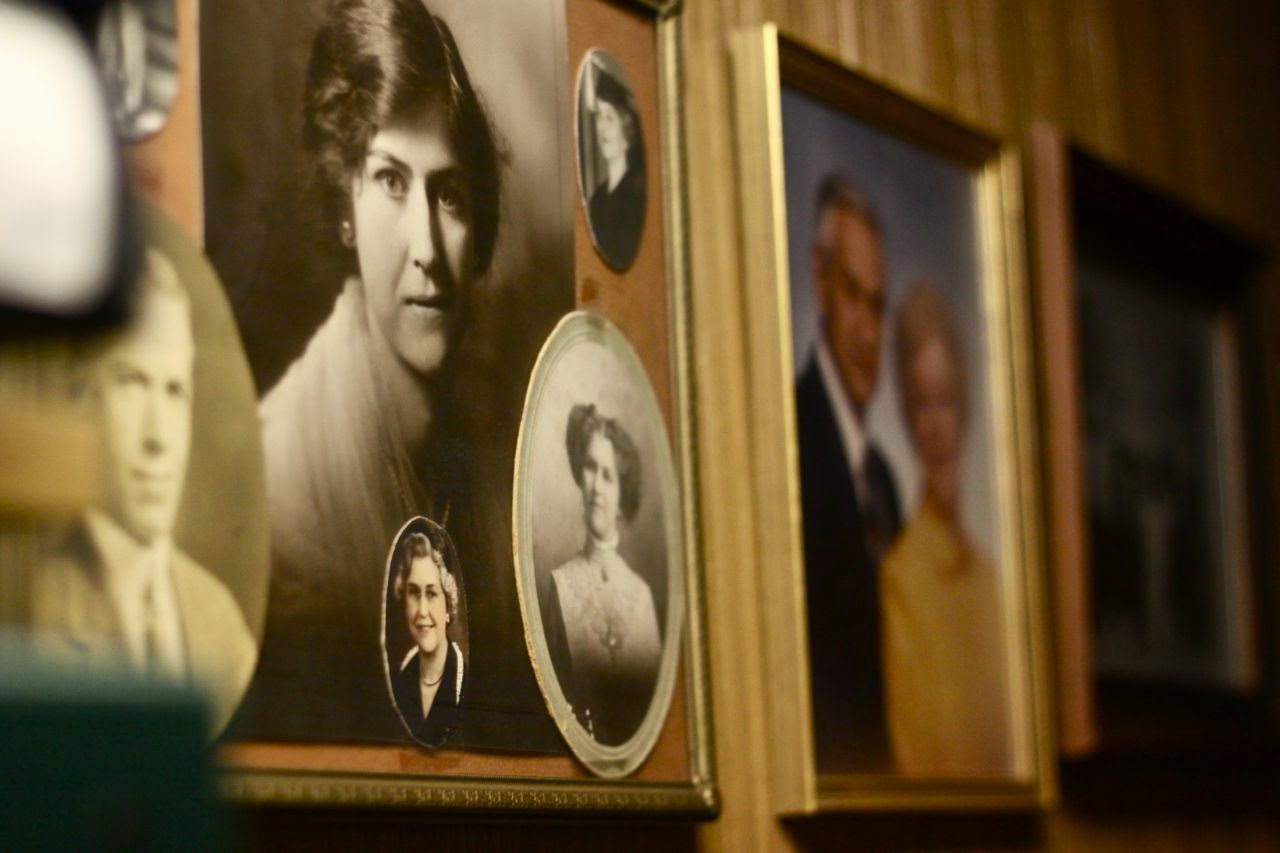 There is something that my parents', grandparents', sisters' and best high school friend Nathan Sanford's house have in common: they each have a specific smell. And each in their own way produce a very powerful nostalgic feeling in me.

This past weekend I visited my grandparent's home for the last time. Their mid-twentieth century bungalow house sits on the edge of the SMU campus, directly across the street from a frat house, 3028 McFarlin Road. It's the home my mother grew up in. It's the home my sisters and I loved to visit after a five-day road trip up from the Guatemala City, during our years as missionary kids in the '70s and early '80s. It's the home that has been in the family for nearly seventy years. This autumn it will become the property of Southern Methodist University, and it will no longer bear the resemblance of my DeAcutis family.

It may, however, retain a certain sweet smell, barring a total demolition. As I walked into the home this past Saturday after a four-drive from Houston with Phaedra and Blythe, it was not the sight of anything that struck me first. It was the smell of the place, that singular, resolute smell that says "granddaddy and grandmother," that says, more to the point, a place on the earth that has afforded me and my sisters and mother and uncle and even my father a sense of meaning for almost two-thirds of a century. By the time 2015 rolls around, it will no longer be our place, the fact of which, in the quiet moments of my heart, causes me a deep sadness.

It has always struck me as curious that there is no easy way to keep the memory of a place through olfactory means.

You can write about it. You can take photographs, as I did this past weekend in order to take with me a remembrance of the details that constituted their home. You can record an audio tape in order to give an encomium of a place, so that the memory can be heard again and again. But there is no real way to bottle up the smell of a place. Even if you were to grab a few of your granddad's ties, as I did, and hope that they kept their scent, time will eventually erase his fragrance and replace it with my own. Those ties will retain the feel of their original home (i.e. my grandfather's person), yes, but not their smell, which seems such a shame.

Both Holy Scripture and plenty of anthropologists will tell you that humans have a (God-given) need to give a public record of a place so that it is not easily forgotten. We say in front of others what can be said, or what needs to be said, whether the good or the bad or the mundane, but we say it in order to find our footing in the world. It is, as always, the detail stuff that make a place a home, and a home a place in the earth: the candy-apple red bricks, the small stone-graveled driveway, the thin plastic bowls, the beaten leather footstool, the indoor mail slot, the door frame that measured our height as grandchildren, the closets that kept our Halloween costumes and granddad's Florsheim shoes and boxes of old photographs and seasons greetings cards, and the cabinet that kept our favorite sugary cereals, and the little kitschy trinkets that adorn the walls in haphazard ways.

No matter what they tell you, it is never easy to say goodbye, which is why I desperately craved a ritual this past weekend in order to make some sense of this final farewell. For now I'm afraid that a set of photographs will have to do.

Susan Fish said…
Beautiful. Witnessed. I know exactly what you mean too.
3:13 PM

wbilldtaylor said…
Ah, good son. Your mother and I are here for perhaps 2.5 weeks to sort out, categorize (what goes to Uncle John's apartment in Austin, what to storage in Austin, what to each of you grandchildren who want some of the household effects, what goes to Salvation Army and what fills a dump. It's poignant and painful to work through a house constructed in 1947. We have the original architectural plans in hand.

So your poignant and scented reflections are exquisite, along with the photos. Soon....
5:44 PM

tamarahillmurphy.com said…
Lovely, lovely, lovely. Amazing, the power of habitation. The grace of ordinary, well-loved things. My personal favorite was the pencil, chain and masking tape. That item all by itself speaks volumes about our grandparents' generation. Thank you for sharing this with us, friend.18423
7:03 PM

w. david o. taylor said…
Thank you, papa, and thank you, too, Tamara.

Oddly enough, while writing this piece I not only thought about my father's parent's home in Atlanta, I actually found myself thinking about your family homes in New York, Tamara.
7:24 PM

tamarahillmurphy.com said…
That's sweet, David. And now I've got tears. Good tears, though. Guess I was thinking about those homes, too.
7:27 AM