A Benediction of Pop-Rock Worship: Part I 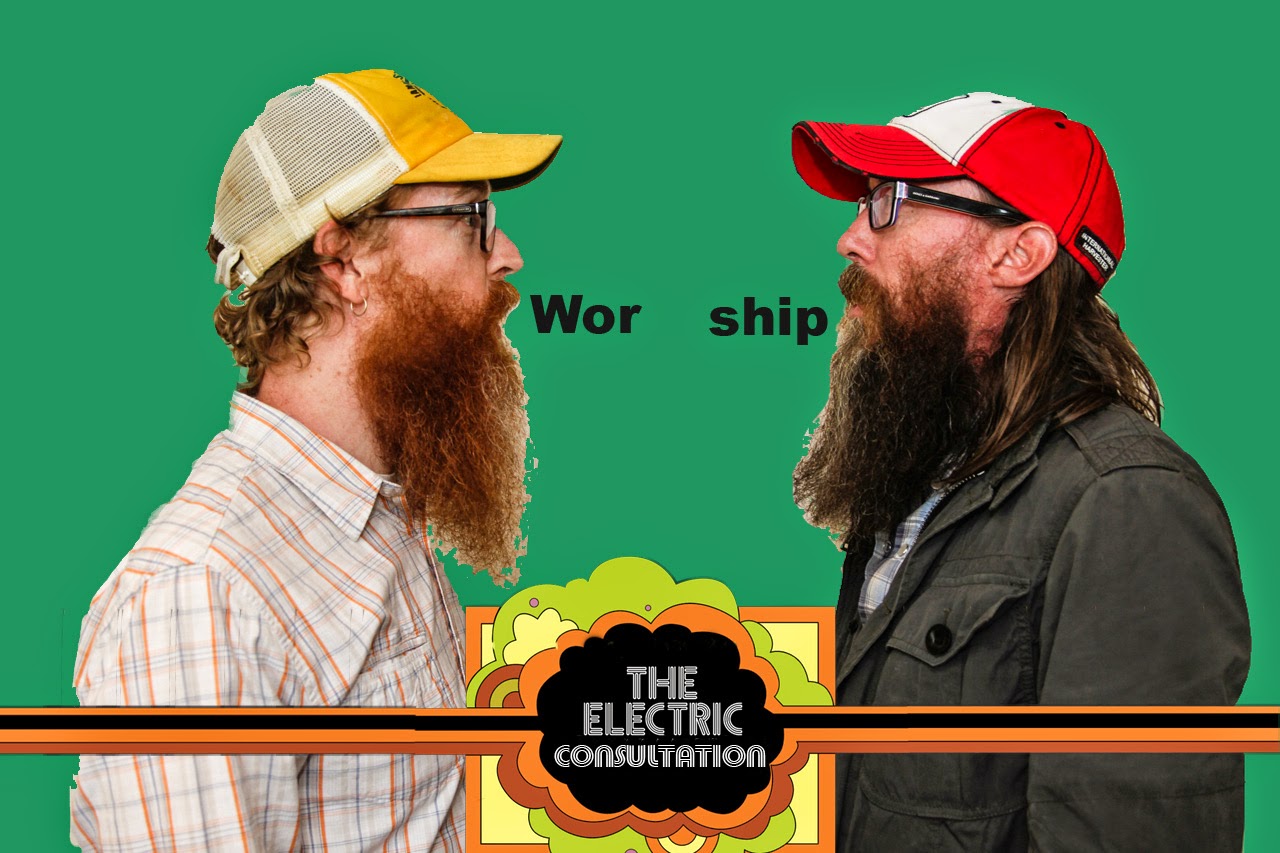 This past Monday a group of men and women gathered at the kind invitation of the Calvin Institute of Christian Worship for a consultation on the function of pop-rock worship in contemporary church life. (The following is Part One of a three-part series of reflections; see Part Two and Part Three.)

The group included historians like Lester Ruth, Monique Ingalls and Wen Reagan. It included musicians like David Crowder, David Gungor, David Bailey and David Fuentes. Only songwriters with the name "David," in fact, were invited. Which, of course, is far from true, because we also had the privilege of these people's company: Graham Kendrick, Robbie Seay, Matt Boswell, Miranda Dodson, Latifah Phillips, Charlie Hall, Andy Piercy, Greg Scheer, Tommy Walker, Ed Wilmington, John Chisum, Troy Hatfield and Zac Hicks (who has written up a wonderful report of our gathering here).

The group brought together theologians like Jeremy Begbie, Steven Guthrie, Todd Johnson and John Witvliet. And it included folks like Robin Parry, editor at Wipf & Stock; Ken Heffner, the director of the Calvin Festival of Faith and Music; Erin Rose, program director with Making a Melody based in Richmond, VA; and the always impressive staff at CICW. It goes without saying that many other people could have been included and that a number of sharp folks, like Jamie Smith and Nikki Fletcher, could not make it for any number of reasons. You can see here the happy group here for yourself. 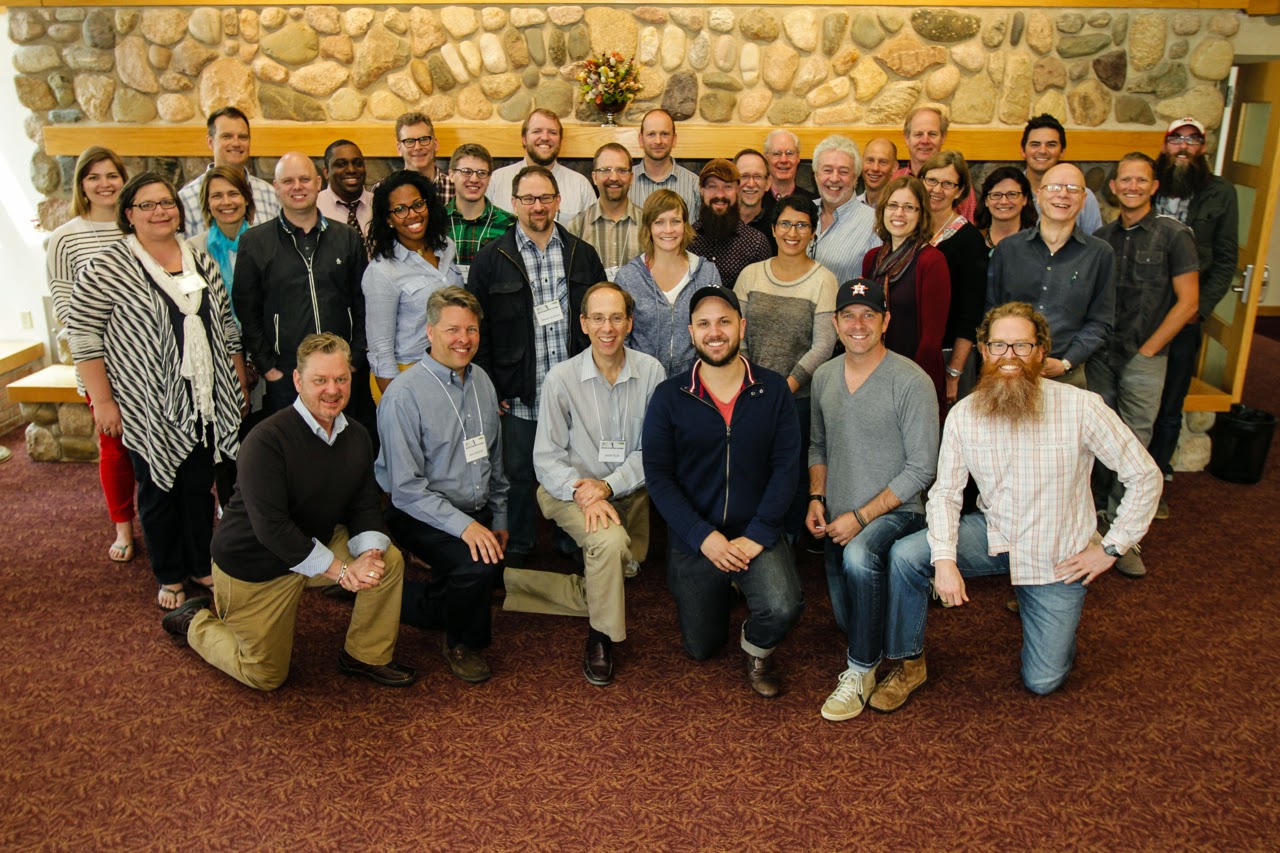 Why was this consultation called?

At one level, we wanted to bring together a group of people who rarely gathered in one room: pop-rock
musicians, theologians, poets, worship leaders, and producers. Certain great moments of musical renewal, we observed, have occurred as musicians and theologians have gotten together. We'd also heard from Matt Redman, Graham Kendrick and Andy Piercy of gatherings like this in the UK, and we believed something equally fruitful could come of bringing a similar sort of people together in North America. At another level, we wished to explore some of the common concerns raised about pop-rock worship music: lamentations about the theologically narrow content; complaints about the impoverished poetry; screeds against a predictable musicality, among other concerns. Such concerns unfortunately have frequently degenerated to a hullabaloo of noise, often leaving the critics blind to their own problematic biases and resulting in relatively useless outcomes.

Worse perhaps, such criticisms have rarely taken place in person, in hospitable environments; more often than not, they have operated like shots across the bow, with opposite sides regarding each other as enemies or as mutually exclusive participants in the work of the church's worship. Stereotypes about pop-rock music, we felt, were just that, moreover: stereotypical rather than faithful characterizations of a rather more complex world.

We believed something deeply generative might result from a gathering like this, where in mutual submission we discovered together pop-rock music that enabled the church to worship, as songwriter Mike Crawford might say, with “words to build a life upon.” If a better outcome were to be expected, then, it would be one that would require what has always been required: the work of the whole church.

So who was being invited to this consultation? We identified three criteria to focus our invitations:

1. They genuinely cared about pop-rock music in contemporary worship. They were neither cynical about this community, nor pessimistic about its musical style, nor dismissive or naive about its potential contribution to the church’s music, but rather hopeful and eager to support the healthy growth of this kind of church music.

2. They were currently involved in this musical practice, whether as worship leaders, musicians, writers, producers, theologians or commentators.

3. They had a strategic contribution to make in light of our gathering, whether in the form of new music crafted, new albums produced, new commentary written or platforms from which to communicate the results of our consultation, or new possibilities for healthy relationship across musical, liturgical and ecclesial and professional lines.

It was in light of all of this that we gathered in Grand Rapids from May 19-21 for what turned out to be a profoundly encouraging, humbling and fruitful series of conversations. In part two of this post, I'll post a series of reflections that I shared with the group on the final morning of our gathering.