A Theologically Sound Eulogy: Or why Aaron Sorkin got Philip Hoffman right 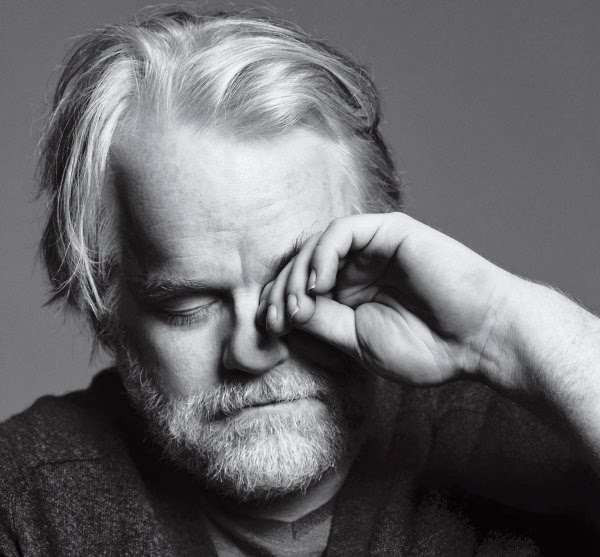 Anybody who has sat in on my discussions of worship at Duke has heard me talk about the importance of theologically intelligent eulogies. It is something, admittedly, that I tend to get worked up about. To state the obvious, funerals like weddings in our society are markedly evacuated of a distinctly Christian ethos. By ethos I mean both form and content, not simply the latter, because it is usually the way things are done that shape or misshape us most, not just what is said. With both weddings and funerals the chief priority, culturally and perhaps simplistically speaking, is to be nice: be nice to the wedded couple, be nice to the dead person. With both events likewise the focus is on the individual: their wedded thing, their marital responsibility, not ours; their death, their end, not ours.  Once the event is concluded, we are free to get on with our lives.

In sharp contrast, a Christian ethos sees both ceremonies as corporate acts of discipleship. Their joy is our joy. Their death is our death. Their responsibility to marry and to die well to is ours too. Put otherwise, their marriage and their death, their beginnings and their endings, are our common vocation long after the events have finished, because the Body of Christ is indivisible and catholic, implicating every member, at all times, in every place. Your business is my business, and it is our business together because it is Christ's business to form us into a people capable of bearing out his image, which our Good Shepherd knows is only possible by the empowering presence of his Spirit.

Even if churches enact a biblically sound, historically and ecclesiologically thoughtful funeral, there is still a sense, I argue, that the eulogy escapes theological scrutiny. Several questions need asking:

What does the biblical narrative teach us about speaking good words? How do the Scriptures narrate a life? How has church history narrated, rightly or wrongly, the lives of the saints, that is, all who have owned the name of Christ?

Lastly, what is the good news for the church and the world that may come out of the mixed, but possibly also hopeful, news of a person's life?

If you have been in my class, you have heard me talk about Orson Scott Card's novel Speaker for the Dead, the sequel to Ender's Game. (The EG book version is of course a thousand times better than the movie.) I learned more about the nature of a proper eulogy from Card's novel, in its own literary, allusive way, than I have from anything else I have read--which is nil, I regret to say. I recommend it to all pastors, minsters and teachers, and anybody else interested in exploring this topic.

I will also recommend Aaron Sorkin's eulogy for Philip Seymour Hoffman, one of the greatest actors of his generation. Originally appearing in TIME magazine, Sorkin's remembrance of Hoffman's life stood out from all the other pieces I read the week that Hoffman died of a heroin overdose. Sorkin spoke lovingly but he also spoke truthfully, which I imagine someone could only do if they genuinely loved the person who had died. Some responded to PSH's death with utter shock. Others were outraged. Others turned to practical advice, while still others expressed a kind of pathetic fatalism about the tenacity of human sin.

Sorkin said things that needed to be said, not just for his own sake, not just for Hoffman's sake or his family's sake, but for our sake too. We needed to hear these words. We still do. They are the only sort of words that set the soul right, at peace, in good order, while also opening up the possibility of owning one's life in equal measure, with complete responsibility, in fearless honesty. The only thing that would have made Sorkin's eulogy more recognizably Christian, to my mind, is mention of the communal responsibility for Philip Seymour Hoffman, in death and in life. His life, like my life and like your life, is our business, and the way that men and women are practically saved from succumbing to the powers of sin is by getting in to their business and by trusting that Christ by his Spirit will raise us up to his holy and hale business too.


PHILIP SEYMOUR HOFFMAN'S DEATH SAVED 10 LIVES
Phil Hoffman and I had two things in common. We were both fathers of young children, and we were both recovering drug addicts. Of course I’d known Phil’s work for a long time — since his remarkably perfect film debut as a privileged, cowardly prep-school kid in Scent of a Woman — but I’d never met him until the first table read for Charlie Wilson’s War, in which he’d been cast as Gust Avrakotos, a working-class CIA agent who’d fallen out of favor with his Ivy League colleagues. A 180-degree turn.

On breaks during rehearsals, we would sometimes slip outside our soundstage on the Paramount lot and get to swapping stories. It’s not unusual to have these mini-AA meetings — people like us are the only ones to whom tales of insanity don’t sound insane. “Yeah, I used to do that.” I told him I felt lucky because I’m squeamish and can’t handle needles. He told me to stay squeamish. And he said this: “If one of us dies of an overdose, probably 10 people who were about to won’t.” He meant that our deaths would make news and maybe scare someone clean.

So it’s in that spirit that I’d like to say this: Phil Hoffman, this kind, decent, magnificent, thunderous actor, who was never outwardly “right” for any role but who completely dominated the real estate upon which every one of his characters walked, did not die from an overdose of heroin — he died from heroin. We should stop implying that if he’d just taken the proper amount then everything would have been fine.

He didn’t die because he was partying too hard or because he was depressed — he died because he was an addict on a day of the week with a y in it. He’ll have his well-earned legacy — his Willy Loman that belongs on the same shelf with Lee J. Cobb’s and Dustin Hoffman’s, his Jamie Tyrone, his Truman Capote and his Academy Award. Let’s add to that 10 people who were about to die who won’t now.

(Sorkin is an Academy Award–winning writer who wrote the screenplays for two of Hoffman’s films: Charlie Wilson’s War (2007) and Moneyball (2011).)

ceciliabrie said…
Wow. Why has no one ever said this before? S/he "did not die from an overdose of heroin — [s/]he died from heroin." Calls out the deception of "all things in moderation."

PSH's death came the day before Ed's mother's, but his was the one that made my heart ache for days. And now it aches again reading this.
9:26 AM

w. david o. taylor said…
Brie, thanks for your comment here. His death, pretty much like everybody's death in the art community, carries a certain poignancy because we lose out on any other opportunities to watch them interpret the world back to us.
1:46 PM