David's comings and goings in 2012 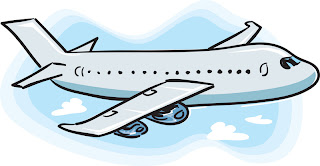 In addition to studying for my comprehensive exams, occurring at the end of this month, and writing a dissertation, occurring as fast as I can write it, I have the privilege of visiting folks around the country and participating in the ongoing conversation about the church's relationship to the arts. Here are a few stops along the way. If you're in the area, I'd love to see you or meet you.

February 5 -- Preaching at All Angels Church in New York City.

February 17-19 -- Giving three talks in Topeka, Kansas, for an arts festival sponsored by five churches, which on that fact alone deserves a hearty hoorah.

March 1-4 -- Speaking at the Laity Lodge retreat for ministers to artists, in the middle of perfectly nowhere in Central Texas. Also speaking will be Charlie Peacock, Andi Ashworth, Ginger Geyer and Sandra Organ-Solis. A musician, a hospitality maven, a visual artist and a contemporary ballerina and me.

March 6-8 -- Giving a plenary talk at the Anglican 1000 Church Planting Summit in Dallas, Texas. The fact that I'll be sharing the stage with Scot McKnight, Archbishop Robert Duncan, Mike Breen and David Roseberry only makes this a sweeter deal.

March 22-29 -- Giving a paper (Lord-willing) at the Society for the Study of Theology's annual conference in York, England.

May - June -- Studying Latin in Durham, North Carolina. This isn't geographic travel but it will involve travel across time, to the land of dead languages. Ecce beatus homo, or something like that.

September 22 -- Giving a plenary talk in Wenham, Massachusetts, at an event sponsored by Gordon College, Gordon-Conwell Seminary and CIVA. The day event will explore the dynamic between the church and the visual arts. The tentative title of my talk is "The Problem of Sight and the Possibility of a Re-formed Vision." 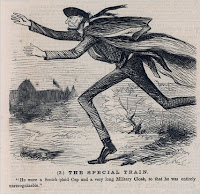 November 1-3 -- Giving a plenary talk at a conference in Los Angeles that will explore the relationship between preaching and the visual arts, aptly titled "Preaching in a Visual Age." It will be co-sponsored by the Ogilvie Institute of Preaching at Fuller Theological Seminary, the Calvin Institute of Christian Worship at Calvin College, and Christians in the Visual Arts. See here for previous Brehm Lectures, which this conference will constitute. Mark Labberton is coordinating. Details to come.

Other things are in the works. Stay tuned.

tamarahillmurphy.com said…
your list makes me want to do a happy dance -- so many good conversations, good thinking, good communion. Praying lots of good artistic and spiritual disciplines spring up from the ground all across the map as a result. Go with God, David!
9:11 AM

Cole Matson said…
If you pop up to the Institute for Theology, Imagination and the Arts at St Andrews during your visit to York, you have a place to stay and a pint to drink. Blessings on all your travels and words!

Cole: if I have time and the wherewithal, I'll head north. If that happens, I'll take you up on the adult beverage.