Good people: year four of our retreat for those who feel called to minister to artists has been officially confirmed by the Laity Lodge. I am officially thrilled. Thrrrrriled. See details below. Here is a stunning photographic rendition of Laity Lodge by Erik Newby, just in case you'd forgotten what went down.

WHAT?
Each will share with the group "5 They Wish They Had Been Told When They First Started Off as Artists" and "3 Practices That Enable Them to Stay Healthy as Artists and as Persons." I'll be giving them more details about these tasks, but my hope is that this will generate a good deal of insight into the care of artists especially in light of the fact that all four of our speakers have established a long career as mature artists (though I imagine they might even share moments of immaturity along the way). Also, all four have spent a considerable number of years investing in younger artists.

FOR WHOM?
We invite all folks who feel called to minister to artists and who seek to shepherd them well. If you sense a strong desire to promote the well-being of artists, to aid their integration, to encourage their flourishing, then this retreat is for you. Whether you serve artists in the church, or in a para-church organization, in an educational setting or as a volunteer, we welcome you. You may have years of experience, or you may be newly starting out. Either way, you will benefit from this time spent with kindred friends.

THE MUSICIANS WILL BE WHO?
The Credo Trio. We are pleased to welcome two members of Credo Trio to lead us in worship. The Credo Trio was established as the ensemble-in-residence at the Credo Chamber Music Festival in 2008. The trio has performed extensively across the United States, holding performance and teaching residencies from Boston to Los Angeles. The Credo Trio has become known for their ability to form relationships through music and their passion to live this out in their personal lives as well as on the stage. See their site here.

And please pass this along to anyone you know who might be interested. We'd love to meet as many of our kindred as possible. Charlie is an singer-songwriter, pianist, record producer, session musician and author. While growing up in California, Peacock was inspired by John Coltrane and began playing the piano. After completing his education, Peacock formed a band and began a career as a professional musician. His albums include, Love Press Ex-Curio and Arc of the Circle (Runway). Peacock has been part of the creative team for several successful songs and albums including Amy Grant's "Every Heartbeat" (1991), Switchfoot's "Dare You to Move" (2003) and the The Civil Wars' album Barton Hollow in 2011. [Yes, I  unashamedly pilfered this from Wiki.]

See this write-up of Charlie. I couldn't resist using this photograph. It's too good. But here's a cooler one. 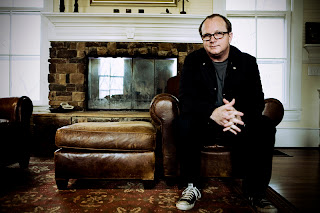 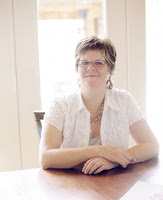 A native Californian, Andi has lived in Nashville, Tennessee with her family since 1989. Andi is a writer (author of Real Love for Real Life: The Art and Work of Caring), gardener, cook, a lover of good books. Andi partners with her musical husband, Charlie Peacock, in the non-profit work of Art House America. The Art House America mission is to contribute to the making of artists and artful people who become highly imaginative and creative culture makers, who continue to mature spiritually, love well, and make known the kingdom of God.

Andi and Charlie's home, the Art House, a one-hundred-year-old, renovated country church provides the setting for their work, which includes owning and operating a recording studio, and running award-winning music/film production and publishing companies. Andi is the key architect of the nurturing environment so characteristic of the Art House and its hospitality. The Ashworths have two grown children, and two grandchildren, who have named them Honey and Papa.

See this lovely interview with Andi. 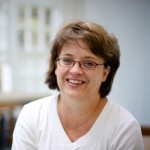 Ginger Geyer:
Ginger grew up in Springdale, Arkansas, where her artistic talent was nurtured by her family, community and the Ozarks scenery. She studied art under Donald Roller Wilson at the University of Arkansas/Fayetteville, and then transferred to SMU in Dallas. There she earned her BFA in painting, studied sculpture under James Surls, printmaking with Larry Scholder, art history with Annemarie Carr, Mary Vernon, and Bill Jordan, and went on to complete a MFA in museum education with Nancy Berry. She met Rick Geyer while student teaching at St. Mark’s School and they married in 1977. Her thirteen year career in art museum work began in the conservation lab at the Kimbell, which led to the organization of a large exhibition at the Dallas Museum of Art that introduced the public to the art, science, and ethics of art conservation. 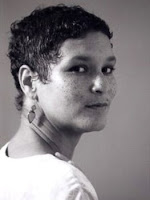 Sandra was a soloist with Houston Ballet and its first African-American female ballerina, leaving the company after fifteen seasons to work as a guest artist, independent choreographer, and become Artistic Director of Sandra Organ Dance Company (SODC), a contemporary ballet ensemble in Houston, Texas, founded in 1997. She was taught by Valerie Roche in her hometown of Omaha, Nebraska, in the Royal Academy of Dancing syllabus, and graduated valedictorian from Duchesne Academy before entering Houston Ballet Academy as a scholarship student.

Her international career with the Houston Ballet encompassed a diverse range of roles in the classical and contemporary realm, from choreographers Ben Stevenson, Frederick Ashton, George Balanchine, and Sir Kenneth MacMillian to Christopher Bruce, James Kudelka and Paul Taylor. She is on the faculty of Houston Ballet Academy, and the Houston High School for the Performing and Visual Arts. For her choreography, she has been awarded an Individual Artist’s Grant from the Cultural Arts Council Houston/Harris County as well as the Monticello scholarship and National Choreography award in the Southwest by Regional Dance America, having choreographed nearly 80 ballets in the last 10 years.

For the rest of her bio, go here.

tamarahillmurphy.com said…
seems like we were just having the conversation, "who do we get for next year" and look what you've done! sounds just about perfect. thank you, David. and thank you, featured presenters. i can hardly wait!
9:10 AM

Buddy Eades said…
wow should be great - looking at my calendar!
6:19 PM

Jessie Nilo said…
Wow, I am there! Thank you David for all the hard work you put into these gatherings. Our time there is always refreshing, restoring, and inspiring. Looking forward to it with all that is within me.
11:38 PM

Meghan Hers said…
Wow...sounds like an amazing conference. As a student who is feeling called to care for and pastor artists, this would be especially interesting. If I wasn't stuck up in Canada I'd be there in a second!
4:25 PM

w. david o. taylor said…
Well if you compare the distance of Canada to Argentina, then Texas is just around the corner.

Sherri Coffield said…
Looks like you've enlisted some inspiring speakers David, and I'm looking forward to coming to Laity this year. I am so ready to be inspired this year.
8:38 AM