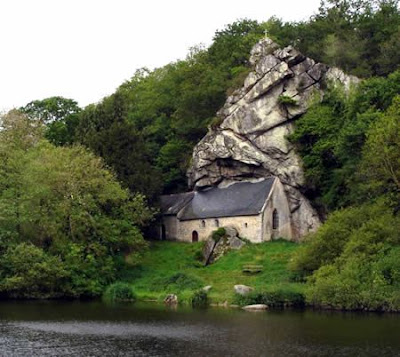 "I always knew I'd accomplish something very special - like robbing a bank perhaps."

--Mickey Rourke, actor, who is up for an Oscar nomination for his role in THE WRESTLER

It’s two months till the retreat for pastors to artists. A really great group of people have signed up already. There’s still room if you're interested. If you’re hemming and hawing, I say, come. It'll be restful, beautiful, encouraging, edifying, free of cell phones, you'll have access to two fully supplied art studios and you'll get a chance to meet your vocational kith and kin.

Somebody recently asked "Who's this retreat for again?" I said, it’s for...

- Worship & Arts Pastors (or any pastors, really)
- Chaplains at Christian colleges (or movie chaplains or rocknroll chaplains)
- Anybody involved or wanting to be involved in an “Arts Center”
- Teachers and educators with a heart to love artists
- Anybody who wants to take care of artists and aid their spiritual formation as well as artistic, relational, and vocational formation

If you know someone who might be interested, please help us get the word out. There's no way we'll know all the folks who would want to come to something like this. Here's the link to the original blog notice.

A couple of weeks ago Dal Shindell wrote me an email. Dal works as the director of publications at Regent College, a seminary in Vancouver, British Columbia. He asked, Why should Regent and our precious Canadian Loonies and pennies send anybody to your retreat? He said the VP for budget needed a good reason. This was my response.

Please convey the following crude bit of mathematics to the VP for budget.

- Let’s say 100 pastors receive their primary educational formation at a seminary, say, from Regent College. It could be any seminary.

- They stand up in the pulpit, week after week, and tell their congregants the good news according to the 9.4 billion dollars that North Americans spent on movies in the year 2006. They declare how amazing it is that the average child watches 20,000 30-second commercials in one year.

- Then these 100 pastors, with rough-hewn cowboy grit, marshal the resources of their congregations in order to patronize 1 artist in each congregation. That's putting the bar short: 1. 1 outstanding, highly skilled and motivated artist. But let's say each congregation pulls together $100,000 in order to help that 1 artist produce one piece of great art. Businessmen and lawyers join in. Grandpa and grandma along with the kids ministry make casseroles and bring them over at night to cheer the artist sinking into a colorful depression. The whole church family is in on the project.

- Out of this measly number of artists, all 100 of them, three of them produce a masterpiece: one, a novel that jumps to #1 on the New York Times books' list; one, a piece of jazz music that Obama just loves and requests played at the UN gala happening in a few weeks; and one, a movie that becomes a Top Ten Movie of the Year and that changes the way masses of people think about, well, for starters, the Bible, God, creation-care, spirituality, work, human personality, Christian history or any number of things that Regent College cares about.

- And that's putting the bar short.

And how did this rollicking, landscape-altering, grace-based, Jesus-infused, Spirit-empowered trans-formation happen? By sending little ole Dal Shindell down to the middle of nowhere in Texas for a little ole retreat for people wanting to get clear in their heads how to shepherd artists so they can make beautiful art that becomes a thing of irrepressible joy, to paraphrase Keats.

Please tell the VP that if Regent wants to continue being at the vanguard of this artistic renewal thing, that this is a great way to confirm it.

Tell her that she also should come down and get a little air and drink a little Scotch.

Tell her that she’ll be contributing to the economic recovery by purchasing goods: plane ticket, rental car, retreat fee.

Tell her, finally, that this retreat, by virtue of the domino effect, is a direct result of my studying at Regent College.

Tell her we'll send her a thank you card.

I sure hope it works.

PHOTO: The photograph above is of the Chapel of St. Gildas. Built like a stone barn into the base of a bare rocky cliff, the Chapel rests on the bank of the Canal du Blavet in Brittany, France. The Chapel marks the site where where Gildas, an Irish monk, preached Christianity to a mainly pagan population during the 6th century.

Dan Wilt said…
A lovely vision, your retreat is. Similar to our world here.

Rise forward - this is at the epicenter of necessary formation in the church.
5:49 AM

w. david o. taylor said…
Dan, thanks for saying hi. I looked over your websites and I'm encouraged and impressed with what you're doing. Well done. During grad school at Regent College I spent my first autumn at a Vineyard church in Vancouver. I also spent the spring of 1991 at the Evanston Vineyard in northshore Chicago.

It's fun to see what you're doing with the Vineyard up far north.
8:52 AM