A Worthy Cause: The Argentinean Filmmaker 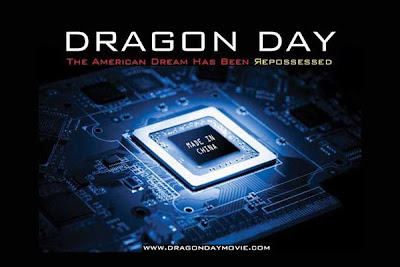 My good friend Jeffrey Travis proves two popular mottos: "Something begets something" and "No matter how hard you try, sometimes you still get squashed." Jeffrey is one of the smarter guys I know. He directed an engineering company back in the '90s, authored the computer book LabView, partnered with GE and John Deere, wrote a Wavelet-Like Analysis of Transient-Evoked Otoacoustic Emissions . . . thing, all while launching a film career and raising four kids.

He also speaks Spanish fluently, because raised in Argentina, and hosts a mean asado. How could I not like him?

Jeffrey, more than most people I know, embodies the virtue of perseverance. He's had every reason to quit, or worse, to settle. But he hasn't. And for that I admire him. Last year, in an act of uncommon faith, he moved his family of six to LA in order to pursue his calling as a filmmaker. He'd done quite well in Austin. It was from Austin that he'd produced the animated film FLATLAND, soon to be released as a 3D IMAX movie. It was from Austin that really everything got started with the ridiculously clever, award-gorging, little movie: WHAT'S WRONG WITH THIS PICTURE?

But here's the thing about the movie world: Nobody knows anything. At least that's what screenwriter William Goldman once said. And he knew a thing or two about movies. Goldman had scripted Butch Cassidy and the Sundance Kid, All the President's Men, Marathon Men and, yes, that obscure picture called The Princess Bride. And Goldman, Academy Award-winner, still had the temerity to say, "Nobody knows anything." He also once said: "Life isn't fair. It's fairer than death, that's all."

What does this have to do with Jeffrey? He's making another film and I want to help him out, because I think Jeffrey has what it takes to make a great movie.

His current project, DRAGON DAY, can be classified as high concept, small scale. One of these days I hope he gets the chance to make a big idea on a big scale. In the meantime, though, I want to recommend him to you. If you ever wondered whether it mattered if you invested in an artist, I'm telling you that Jeffrey is worth your investment. Would $10 help? Absolutely. Would $10,000 or $1,000,000 help? Sure. Have I found Christians to be tall on talk but short on deed? Yes. But I feel not a shred of doubt that Jeffrey, or Jefe as I call him, deserves all the support in the world. He's the got the smarts, the skill, the perseverance, the ability to lead and, perhaps best of all, the humility to make a great film. He also happens to be a voracious reader of classical literature and magical realism.

I've always believed that something begets something. It is my hope is that this current "something" of Jeffrey's will lead to a much bigger something. Those of us who have yearned for intelligent art will, I believe, be the better for it. If you want to support his project, you can go here. If you know people with an extra stash of cash, who find Dorothy Sayers and Gabriel García Márquez more appealing than, well, you choose your lesser author, then please point them to Jeffrey.

Jeffrey just informed me that they have three days left for fundraising. Well. That means that if his project resonates with you intuitively, now is the time to be a patron!

Terri Fisher said…
I second your recommendation in support of Jeffrey's movie! I purchased Flatland for all my grandchildren and it's one of their very favorite movies ever. It'll be so cool to see that in 3D.
6:05 PM