The Life and Times of an Indie Filmmaker 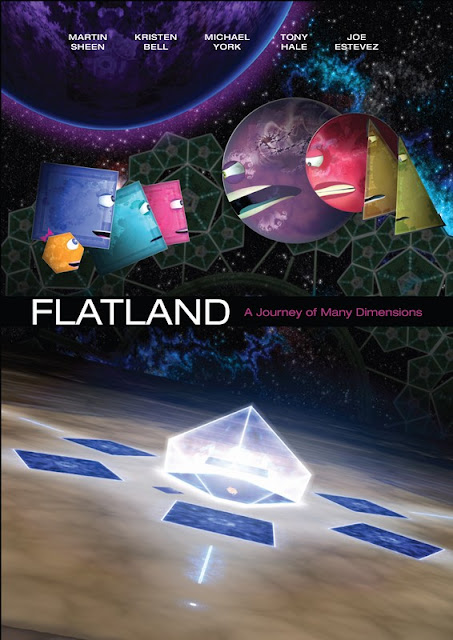 Who is the most famous movie person you’ve been able to meet?
I’ve worked with and directed Martin Sheen. I’ve had dinner with Kevin Spacey. I got to meet Harvey Weinstein at a friend’s art show. But for every “famous” movie person I’ve met, I’ve met ten others who are just as talented but for various reasons have not had their “big break” that makes them widely known.


This is how my friend Jeffrey Travis, born in Mexico City, raised in Argentina, a father of four, husband of a good wife, and a descendant of the famous William B. Travis, the Texas commander at the Battle of the Alamo, answered one of the twenty-five questions I sent him recently.

Jeffrey is a biomedical engineer by training, having completing a thesis at UT Austin on the application of wavelet transforms to otoacoustic signals, and the author of LabView for Everyone. He's written for 20th Century FOX. He's directed three "CSI"-style websidodes to promote John Deere's oils, lubricants and coolants. He's shown work at both the Festival de Cannes and the Toronto International Film Festival (in addition to 40 other festivals, including the LA Film Festival, Austin Film Festival, the AFI Film Festival, et al). And he is currently in post-production for his debut feature film, Dragon Day, a timely political thriller about a family surviving a devastating cyber-attack by China on the United States when the country defaults on its debt.

And, well, he was once the keynote speaker at the 2011 12,000-strong National Council of Teachers of Mathematics annual convention!

Below you'll find answers to a few other questions I asked, and I offer it here not only for your general edification, I offer it also as a way to inspire you to support his latest moviemaking effort: DRAGON DAY. He's $31,807 away from raising what he needs to finish post-production and there are four days left on his IndieGoGo campaign (Oct. 12 is the deadline). Go HERE to support a good filmmaker and a better man.


What things inspire you for movie ideas?
Often, the ideas come as part of my process: letting my brain “relax” and tapping into fleeting images, daydreams, things I fear, things I love, things that make me uncomfortable, things that scare me, things that inspire and move me. Other times, ideas come from literature or books I read. Two scripts I wrote, and one movie, are based on existing novels: Flatland and The Beautiful Letdown.

What’s your process like? Do you write in the mornings? Evenings? At home? At a coffeeshop?
I find there are seasons I write best in the early morning, and other seasons I write best late at night. If it’s in the morning, at a coffeeshop. If it’s at night, at home. The key for me is to block out at least 3 hours to write. Sometimes it’s no more than a page, other times it will be a 12-page marathon. It’s been said before, but it’s about writing every day, in and out. Inspiration may come or not, as she pleases. That doesn’t matter. Doing the work matters.

Which filmmakers would you say you are most like?
I find myself admiring all the previous filmmakers, but the ones who have made me envious are: Hitchcock, Nolan, PT Anderson.

What would be your dream movie to direct with, say, a $200,000,000 budget?
Two dream movies: An adaptation of Fahrenheit 451. Or, my own script concept, an epic Biblical narrative, starting with Creation and ending with Revelation. Told as one story from the perspective of two friends who grow up to be arch-enemies: a high-ranking angel and Satan’s right-hand demon, both charged with the affairs of men.

What’s been the best part of your journey as a filmmaker?
The moments when the lights go down and I get to experience the communal aspect of sharing a movie with an audience for the first time.

What’s been the worst part?
Sacrificing so much to make art. Making a living at this, especially as father of four kids and being the sole breadwinner, and living in L.A, means I work extremely hard, including gigs to pay bills while making a film. All-nighters are all too common. All of which means I don’t spend the kind of time I want to with my family.

What role does your Christian faith play in your screenwriting, directing, producing, etc?
Practically speaking, my Christian faith affects how I am called to treat people; which, trust me, can be hard to do at times when Hollywood is filled with backstabbing, duplicitous, manipulative human beings, and sometimes you have no choice but to work alongside them. Those are the moments when Christ compels me to do what I would have a hard time doing on my own: show genuine love and respect.


If you could give a word of advice to a young, aspiring filmmaker, what would you say to them?
Do not wait for permission--do it now. Whatever your biggest dream is, go for it tenaciously and steadily, no matter how much you are laughed at. Be ruthlessly honest with yourself. Grow thick skin and get used to criticism. Be very clear about what you want to do. Listen to the wisdom of those who have been before you, keep an open and learning heart. Above all, make honest, personal art.

If you could choose one movie director to be mentored by, who would that be?
Sidney Lumet. While there are films and directors I might admire the same or more, I would have wanted to see myself like him, equally masterful of technical knowledge and skill for getting first-rate performances from actors. And just creating a huge body of work. 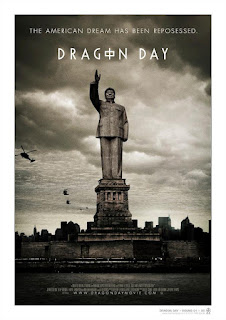 What is one simple thing that Christians could do to support emerging filmmakers?
At the risk of sounding crass: give financial support. Practically, this means buying tickets and going to the opening weekend of a film you know was made by a Christian. The box-office weekend can make or break not only a film, but a career. And at the other side of the process: independent films are now being funded through crowdfunding sites like Kickstarter and IndieGoGo, which allows anyone to contribute to the production of the film. Making films is not cheap—and generally impossible to do without a sizeable chunk of money (unlike say, writing a novel). Thus, the stakes become so high, the hurdles so daunting, that it can make all the difference in the world for a group of Christians or a church to come in and support a movie financially.

Which books, fiction or non-fiction, have influenced you the most as an artist? Too many to list here, but here are some of my favorites:

Non-fiction:  Story by Robert McKee, Poetics by Aristotle, The War of Art (Steven Pressfield), Save the Cat (Blake Snyder), Notes on Directing (Frank Hauser and Russell Reich), What I Talk About When I Talk About Running (Haruki Murakami).

Is the life of a filmmaker as glamorous as the magazines make it out to be?
He made no comment here, though I suspect the answer is a resounding yes.

What are three ways that people could pray for you right now?

1. Endurance and provision. I’m working hard to finish post-production on my first feature film to direct, DRAGON DAY. After two and a half years, film is nearly complete, which is very exciting, but like a marathon, those last miles can be very challenging.

2. Knowing how to serve and love my family

3. Knowing how to serve and show God’s love to those in Hollywood that I am in contact with: filmmakers, actors, crew, etc.

Unknown said…
Thank you, David, for posting this interview. Thank you, Jeffrey, for the work you do and the faithfulness you model. We're cheering for you!
2:41 PM