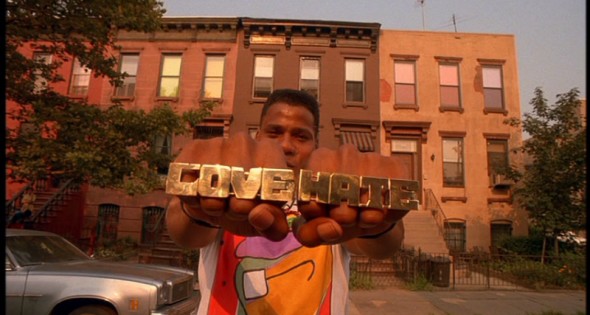 Aaron Belz, poet, essayist, unapologetic Presbyterian, wry Twit (or is it Tweeter-er?), uncompromising champion of pop culture, and editor of The Curator magazine was kind enough to publish an expanded version of a blog I wrote a few weeks ago. While I don't pretend that the questions I raise can be easily resolved, I do think they're worth an honest conversation. I've posted below an excerpt from the essay which you can find in full here.

And as I head out to Los Angeles tomorrow to speak at an exciting conference, "Preaching in a Visual Age," I can't imagine a more un-boring topic than the way Americans conceive of the responsibility of the artist to society. For a short description of each plenary talk, go here. Happy All Hallows Eve and Happy All Saints Day, for what it's worth.


In the sixteenth century, Protestant reformers stripped altars bare and defaced liturgical paintings which they felt had corrupted the true worship of God. The Swiss Reformer Heinrich Bullinger (1504-1575), in the spirit of Old Testament prophets, termed this activity “war against the idols.” Those who refused to forsake such images were beaten, flayed, hung and burned. Twentieth-century monuments to Vladimir Lenin and Mao Tse-Tung, representing a history of violence, were torn down. Spike Lee’s movie Do The Right Thing (1989) was accused of being both an act of violence and an incitement to violence. This year, Warner Brothers cut all gun references in the trailer to the Dark Knight Rises after the Aurora, Colorado, shootings....

... What kind of questions might we ask ourselves? Perhaps these, for starters:
In short, what would it look like to conceive of the artist not in opposition to society, not as an outsider at odds with society, but rather in fellowship with those who bear with and for the well-being of the artist, without any softening of the irritating contours of good works of art?

Kayo said…
Dear Blogger(I forgot your name). This blog is make me believe that is possible to make difference with arts in the church. Unfortunately here in Brazil only music is valorized as art in the church once we are able to impact the society with the Christ message in many ways.
10:33 PM

w. david o. taylor said…
Dear Kayo, hang in there. My hunch is that there are many churches in Brazil doing very interesting things with all the arts. At the very least you're not alone in wanting something more for Brazilian Christians. Hang in there and be strong of heart.

Unknown said…
Interesting thing is that filmmaking more than almost any other artistic endeavor (other than theatre) requires collaboration and the input of others. In fact most editors, cinematographers and other film professionals laugh at the idea of auteur theory as if a film was the vision of a single person. I think this idea of a director advancing a vision is the domain of about 5 working directors and something that witty film reviewers like to imagine as important to understand every film ever made.
I was amazed when I completed my first feature documentary at the list of people who contributed to the film in substantial ways from conception to completion. This wasn't because of some decision I made but out of necessity. I just got to be the public face of the film.
11:02 AM

w. david o. taylor said…
I agree completely, though I wonder if in the film industry there is an unequal distribution of power--viz the producers, the director, the writer, the crew, the actors, the studio, etc.

And while, in general, film and musical theater are inherently collaborative ventures, the work of sculptors and poets, for example, tends to be a more isolated venture.

Like I said, the questions I raise don't produce easy or obvious answers. But they're still worth asking.
2:03 PM