"If I knew how to take a good photograph, I'd do it every time."

Not since 8th grade when I played the lead role in the musical Androcles and the Lion have I been this excited about an outcome of work I created. Maybe I should include a few arts festival, film festivals, conferences and plays that I either directed or wrote while in Austin. But still. None of these won me an "award." And while it wasn't National Geographic or Annie Leibovitz jurying the work (tho' we didn't win easily), I'm psyched. My photograph won Olivier Messiaen's sixth movement, "Amen du Jugement," from his work for two pianos, Visions de l’Amen, in Duke Divinity School's photography contest.

Messiaen's work is comprised of seven movements, beginning with "Amen of Creation" and ending with "Amen of the Consummation." Seven winning photographs were chosen corresponding to each movement. One of these was chosen as grand prize winner. (That person, Kate Roberts, gets a round trip to the UK for Holy Week 2012, with a total value of $1900--tre cool.) All seven photographs will be professionally printed and mounted for exhibition both in the Great Hall at King’s College, Cambridge and in the Corpus Playroom theater on Maundy Thursday of Holy Week at Cambridge this coming April.

The contest is part of a really cool collaboration between Duke and Cambridge. As Jeremy Begbie explains: 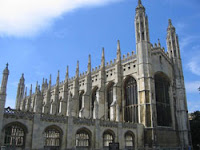 "The Duke-Cambridge Collaboration began in Holy Week 2010, when a group of scholars from Duke met with a group from Cambridge at King’s College, Cambridge, to collaborate on a research project centering on artistic engagements with the Passion story. The Consultation ran alongside King’s College’s Easter Festival of Music and Services, and a Duke-led concert was incorporated into the week’s events. A similar collaboration will take place during Holy Week 2012, including the Maundy Thursday performance of Visions de l’Amen that will provide the context for the Illuminating Messiaen exhibition."

Since the competition was open to all current students, alumni, faculty and staff at DDS, potentially, I figure, this would have involved 6,000 people (excluding the dead of course). So I didn't get my award that easily. And because it was an award, I received $100 worth of Amazon glory. Totally killer. 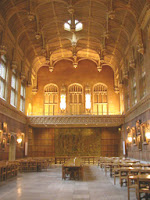 You can read the details here, including the jury process. That's also where you'll find all winning photographs as well as the batch that earned honorary mention. They're all quite beautiful, so I feel pretty lucky to have won, especially because I only was able to devote two afternoons to the project--a Sunday afternoon outing with Erik Newby as jedi friend and one hour at dusk the following day. I don't normally take photographs at their highest resolution possible, so nothing I'd taken previously was suitable.

So in the immemorial words of Tim Gunn, I had to make my two all-too-brief days work.  I've included a few of the other photographs I submitted. At the bottom of this entry is the winner. If you click on a photograph, you can see it in near-full screen size.


Because my strongest artistic skill is playwriting and because I've done nothing with it over the past six years, I guess you can say that I've been a little bummed out in the artmaking department. On the encouragement of my wife, the lovely Phaedra Jean, I've adopted photography as my new outlet.

"If I have any 'message' worth giving to a beginner it is that there are no short cuts in photography."

It's good advice for all the arts, of course. In my case it encourages me to keep at it, to keep looking, to keep shooting, to keep asking questions from those who know more than I, to keep taking risks and to keep enjoying the experience. Many thanks to the good people who made this all possible (JSB et al).

Tim Stewart said…
I "forth-give" you for not writing anything since your last play.

You're getting your degree at the moment. No prob. PLENTY OF TIME FOR PLAYWRITING IN UPCOMING SEASONS OF YOUR LIFE, bro.
5:10 PM

w. david o. taylor said…
Tim, you're a good man with a memory of good things. I'll take your encouragement and run with it. All things in good time.
5:44 AM

Michelle Arnold Paine said…
a beautiful photograph, and the theme of the contest, or rather art/music collaboration is very beautiful and inspiring. Thanks for sharing.
6:12 PM

We remember well that seminal, tour de force performance in the quaint hamlet of Bannockburn, IL with you as the lead lion. Inspiring then, inspiring now!