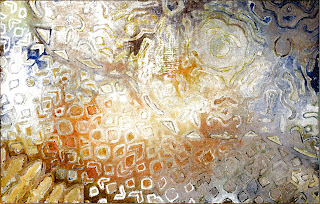 Here are a fifteen things that have caught my attention over the past few weeks.

1. Lausanne "Cape Town Commitment" to the arts.
For a statement that ostensibly represents the thoughts of thousands and millions of evangelicals worldwide, I found the following text intriguing and encouraging.

"We long to see the Church in all cultures energetically engaging the arts as a context for mission by:

1) Bringing the arts back into the life of the faith community as a valid and valuable component of our call to discipleship;

2) Supporting those with artistic gifts, especially sisters and brothers in Christ, so that they may flourish in their work;

3) Letting the arts serve as an hospitable environment in which we can acknowledge and come to know the neighbour and the stranger;

For the rest of the text, see here and scroll down to "Bearing witness to the truth."

2. Transpositions goes crafty.
I deeply appreciated the commitment of our good friends at St. Andy's to devote an entire week to the craft arts. Well worth your read if you care about cooking, quilting, homemaking or any of the other "domestic arts."

3. The galactic power of Lady Gaga to change the world through one song. 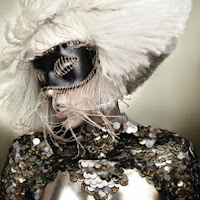 I think it'd be very fascinating to run a study group or outing at your favorite adult beverage establishment exegeting the text of Lady Gaga's latest song. Obviously she'd need to be taken in the multiple contexts in which this song situates itself. But still, there's some fascinating philosophical, theological, ethical, cultural and artistic stuff rummaging around in this song.

4. And then add two cups of beauty.
From the doable to the more difficult, here are two authors who engage ideas about beauty in ways that deserve careful attention.

Dos: "The Great Theory of Beauty and its Decline," written by Wladyslaw Tatarkiewicz in 1972.

5. Two people who believe that when you eat well, you might just be practicing resurrection.
Behold the people for whom *Culture Is Not Optional.

6. If you missed the Calvin Institute of Christian Worship symposium...
... have no fear, our good man Bruce Benedict offers a glimpse into his experience. I'm so sorry I missed the event, but I've been encouraged by the different reports I've heard so far. My worship pastor attended, so maybe I'll get some tasty high-low-east-west-old-new-lobal-glocal worship at my own church this Sunday.

... I might be in danger of committing the sin of jealousy. Because I know a little about the people behind the latest issue of Comment magazine, I feel free instead to rejoice that it was done in the first place. There's a good chance I'll read it cover to cover as soon as I get my hands on it.  By "it" I mean "Letters to the Young," guest edited by James K. A. Smith, aka Jamie the Pentecostal-Reformed-Radical Orthodox caped crusader for all things desirable. Kudos to Alissa W. et al.

8. Curious and curiouser.
Worth a sober read. As someone who once ran a film festival and has written a few pieces on movies and the world of movies, I always found myself at a loss to know what to do with the folks over at MovieGuide. Things are usually more complicated than one blog entry can encompass, but I trust Jeff and my sympathies would initially lie with his interpretation of things.

9. Two conferences of good repute.
Like a man of good reputation, conferences sometimes acquire good reputations, and both Jubilee and IAM's Encounter fall into that category (fall upwards, if you will). If you don't have anything going on Feb. 18-20 or Mar. 3-5, you probably won't regret the pennies paid to visit either of these conferences. I'm just sorry that I can't make it. And yet, lo, I quote myself.

Union University's Art, Culture, Theology conference taking place on April 8-9. The focus of the conference will be the visual arts. Finally I'll get to shake hands with Dan Siedell after having reviewed his work (in a forthcoming issue of Books & Culture) and having discussed his book in mildly shady circles of smartypants roaming the halls of Duke Divinity. Other good people that will share the stage include Michael Card, Nigel Goodwin, Mary McCleary (who I think is the bees knees), Michael Winters, Wayne Adams and a guy whose name almost looks like Noel Paul Stookey.

11. I really, really like this.
I say liturgical artist Erling Hope gets a gold star for this project which found a way to include regular folk in the process of making really beautiful work (which I've included at the top).

12. Downright distressing.
Screenwriter Aaron Sorkin, who penned the recent award-winning film "The Social Network," said something that on the face of it sounds profound, but then crushes up against incoherency. And I quote a quote in an article by Mark Harris in the New York Magazine: "I don’t want my fidelity to be to the truth; I want it to be to storytelling. What is the big deal about accuracy purely for accuracy’s sake, and can we not have the true be the enemy of the good?" What the what? Anyhow, it's a long article, but worth, yes you guessed it, a careful, patient, disciplined read.

13. Cam the Man.
Here's a fine interview with a very good man, Cameron Anderson, current director of Christians In the Visual Arts. I have to say, I love what Stoneworks is on about.

14. The Skinny on Doublethink.
That's all I'll say for now about all the stuff that's being written about MTV's show, "Skins." Strange times we're a-livin' in.

15. And in order not to end this peripatetic entry on a grim note, how about this as an example of the wacky and wild.
Seriously. It's just a little much. But in its own way I guess it's also perfectly expected too. Envious? No. I've been known to do a mean handstand in my day. I could take 'em.

The Aesthetic Elevator said…
Been waiting to here something regarding the arts from Lausanne. They said ahead of time it would be part of the program somehow, but I haven't seen anything related to creative anything on the blog or website.

Thanks for the link, thus. Still thought there would be more, but it's something.
5:19 AM

David Howard said…
Maybe some christian art sites could have more links to artists - even church web sites - most artist have web sites or blogs these days - but choosing which art could be difficult. This blog could have an artist link section - those artist who are Christians and are doing reasonably good and series work.

Just being cheeky and a little provocative - just because I can and live on the other side of the planet.
5:38 AM

w. david o. taylor said…
Paul, the people to ask questions regarding art at Lausanne are John Franklin and Alison Siewert, both of whom played significant roles equally on stage as back stage. They would know.

David, my goal this spring is to launch a new website. On that website I will include the most mammoth resources page in the cosmos. I would have a page devoted to artists, but for being cheeky and for living on the other side of the planet, I'm going to put you under the provocateur page. :)
6:26 AM

w. david o. taylor said…
Erling, that would be you and I hope you noticed that I featured you and mentioned the work under #11. The work is quite wonderful, I'll say again.
7:26 AM

Erling Hope said…
Thanks mate. I just caught it. We'll have to yack some time.
8:08 AM