A Landscape of Church & Art Questions: Part 1: the prologue 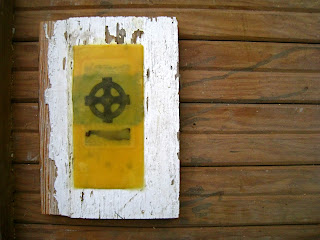 As I've traveled around the country the past few years, visiting churches, talking with pastors and artists, I've begun to observe patterns. During a recent trip to Chicago I had a chance to explore these patterns with a group of young church planters. I'd like to unpack these patterns over the course of four blog entries. This entry will function as an introduction of sorts. For the record, please don't read this as either a comprehensive or definitive statement on the "state of the nation" of art and the church. It is however an attempt to make sense of things.

The pattern I've observed by no means represents an exhaustive set of concerns for the church, if by this we mean the church in its broadest and most diffuse form. Educational institutions, such as Calvin College's Festival of Faith and Writing or Fuller Seminary's Brehm Center for Worship, Theology and the Arts, play a significant role, as do St. Andrews' ITIA program and Wesley Seminary. Para-church organizations like OM Arts Link or the International Arts Movement play their role, sometimes irrespective of the church's role. Professional societies or groups play an important part too. This might include CIVA or AD Players (Houston). 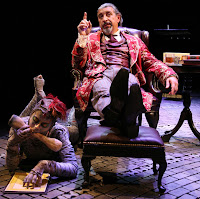 Then you have publishing houses, journals/magazines, initiatives, networks, retreat centers and fellowships, which each in their way seek to work out their artistic salvation with fear and trembling. Baker Academic's "Engaging Culture" series, Image Journal, the Q conferences, the Wedgwood Circle, the Laity Lodge art-related retreat, and either Art House America or The Chrysostom Society represent examples of each of the previously mentioned categories respectively. Of course you have the so-called Christian music industry. You have "Christian" film festivals. You have Act One. You have The Round. You have what individual folks do in their garages, basements and closets, also known as their studios. You have the internet.

You have a ton of stuff happening around the world.

FIVE DYNAMICS
Before I close this entry out, let me mention a few things that play a critical role in any observation about art and the church. Five things strike me as particularly noteworthy: theological ideas, communication issues, strategies, networks of power and relationship, and legal and financial resources.

With the question of theology, the question "Do the arts matter?" usually falls into two kinds of answers: They matter maximally or they matter minimally. Rarely will a church say that the arts matter not a whit and exclude all forms of art. Usually they will find a place for oratory; they might advocate a minimalist aesthetic palette, but it will still be an aesthetic. With the "minimalists" two attitudes will prevail. Either art will be seen as something to be tolerated or the arts will be viewed positively but under very restrictive terms. With the "maximalists" the desire will be to encourage a flourishing of the arts in certain contexts or media (as the communications media has functioned for populist Christianity; or as classical music has succeeded at Wheaton College). Or the desire will be for the arts to flourish in all arenas of life. Catholics and Dutch Reformed might be seen as representative of this view; might, but not necessarily.

With the matter of mass communication, the thing to pay attention to is the kinds of rhetoric and argumentation that people use on behalf of or against art. Examples might include "art helps us communicate the gospel," "art touches the Father heart of God," "art expresses my vision of the world," "art fulfills our cultural mandate," or "art brings us into the domain of the sublime." Another issue to pay attention to is the channels of communication that are employed. Are convictions about the arts communicated from the pulpit, from radio stations, web sources, print sources, to sectarian audiences or mass audiences--or a combination of these? Lots of channels + diffused at every level of society =  large formative power. Just think Keith Rupert Murdoch and Time Warner Company and you'll get a sense of my meaning. (By comparison Strang, TBN and CBN are bantamweights.)

Strategically we get into divergent views of how we should go about promoting the arts. Send our high school kids to art school? Start an "arts ministry" or "arts school" at your church? Hire professional musicians to lead your corporate worship? Establish alternative sub-cultural organizations (e.g. magazines, film festivals, TV shows, etc)? Reconfigure seminary curricula to include exposure to art for future pastors? Present your work in terms that include no reference to Christian faith? The list goes on. You get some of your fiercest fights here. 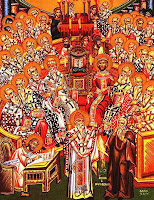 With networks of power and relationship I would include groups such as Walden Media and Yale's Institute of Sacred Music, even if technically one is a business and the other is an institution. But like CICW they wield a web of influence through kindred relationships that extends far beyond the boundaries of their concrete group. (These, I believe, are the kinds of things that James D. Hunter suggests in his book To Change the World. I've yet to read it, though, so we'll see.) Stoneworks is such a network. They do great work, but I'm afraid at the moment that their influencing power is very small. I'd say the same about ECVA (Episcopal Church & Visual Arts) and CITA. The Gospel Coalition has a lot of influencing power. I'd say Willow Creek during the 1990s possessed sizable power to influence what churches thought about art, but less so today. Groups like Emergent Village are hard to gauge. The writers who hover within the Glen Workshop sphere pull considerable sway over young writers and poets. Networks are powerful. Network of networks are even more powerful.

Legal and financial resources? Ah, yes, here's the rub. If I may say this in a neutral sense, the Jewish community in America possesses an enormous amount of legal and resources and their influence in the art world is evident. By and large Protestants, especially conservative Protestants, don't really believe the arts across the board matter.  The amount of energy and money they devote to the business of art-making proves it. Belhaven University's (hat trick plus one) School of the Arts is an exception in the educational sphere. Calvin College's twin festivals of music and writing pull off a tour de force in the exposure-to-art department. The SAICFF doles out a whopping $101,000 for best film prize, bigger money than any film festival in the world. (Who hands out #2 biggest prize? You guessed it. Another XN film fest.) But their "ten commandments" of a good Christian film nearly guarantees that their influence on American culture will be miniscule.

All these efforts are fine. But they're ad hoc and isolated. Mostly they're parochial, even in the best sense of the term. Think about it. Can you name 50 great books on art and Christian faith? How about 25? You could probably pull that off with preaching or evangelism, or even "spiritual theology." But at the moment we're working with a pittance of books that set out to make sense of the arts from a distinctly Christian perspective. More need to be written. More thank God will be written. Some will be truly great. 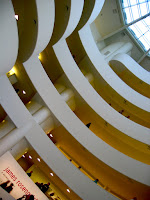 What we need, in the end (the telos, if you will), is something far more systemic and systematic than we've yet imagined (possible or needful). If I can indulge in a quote from the introduction to my book, I believe what we need is "a theology capable of sustaining a long-lasting, fruit-bearing tradition of artmaking by the church, for the church, for the glory of God in the church, and the good of the world." We don't need only good theology. We need institutions, networks, philanthropic foundations, schools, churches, entrepreneurs, visionaries, regular folk and grit. We need loads of grit.

We need in short an ecology friendly to the arts, one where the inertia for art is as normal, desirable and self-sustaining or self-perpetuating as flora is to the Amazon jungles or as art and entertainment are to the American Jewish community.We need a culture in the church where when someone asks "Do the arts matter?", the answer is a puzzled "Why of course they do. They're, well, everywhere. They're just another thing that happens around here, and some of it is quite good."

This is a daunting task and the temptation is to give up or, worse, to settle. I hope we do neither. In fact I believe we can hope for something much better. Mainly I believe this because I believe in the Triune God and in Christ's constant love for his church.

But enough typing. I need to go home and have dinner with Phaedra Jean the wonderful art machine, among other wonders she exhibits.

In the next three entries under this heading I'll be suggesting a few ways that the arts can flourish in our corporate worship (as diverse as they may be), in the lives of artists, and in the mission of the church wherever she may find herself.

God help me, this entry was supposed to be brief. And I've completely forgotten to mention Duke Divinity's own arts efforts, for which I am very grateful.

Anyhoo, if you forget everything I have written here, just remember: God loves raptors too. 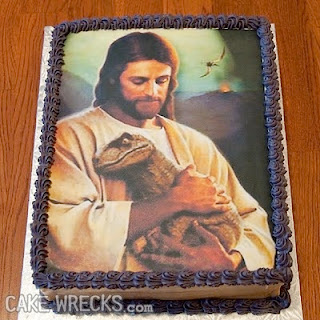 Anna Blanch said…
Great post, I'm really looking forward to the rest of the series!
5:14 AM

Enrique said…
I agree. I'll look into all those links too. You are making a difference in this process. Keep it up.
10:47 AM

I've been following your posts on off for the last 9 months or so. I think you have great insight on the arts in the church. I look forward to reading more on the topic mentioned. Pretty much all you said about the church's influence in the arts is parallel to my beliefs and convictions on the matter.

I personally lead an arts ministry at a church in Columbus, OH. Feel free to check out our website: www.VisualSanctuary.org. Believe me I'd love to talk more on the subject.

Sørina Higgins said…
I've just posted about your post on Iambic Admonit. Thanks for the fantastic stuff!!
11:44 AM