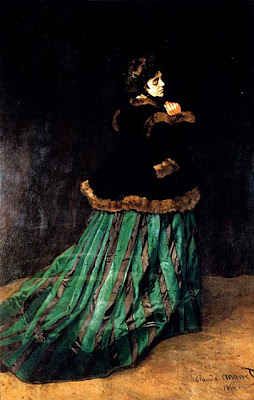 I can't think of a better way to begin a new year than with an excerpt from Andy Crouch's chapter in For the Beauty of the Church. In the first chapter of our book, Andy grounds all our artmaking in the fundamental category of culture making. (And if you haven't read his book Culture Making, you're missing out on a very important book.) He argues that art is a gift, not an achievement. Like the entire gospel, art establishes its purpose not in its utility but in something bigger than itself: grace. And like worship it pulls us into something bigger than ourselves, pulling all our play and all our pain into the beautiful life of God in Christ.

Here is the excerpt which appears toward the end of his chapter.

The Artist's Vocation: On Play and Pain
There are two things that artists dare to do, it seems to me, that you can only sustain if you ultimately believe that life is a gift, not an achievement. First, they play. We use that word specifically of musical artists. But it is really true of all art. It is play. It can be very serious play, it can be play that takes years of practice to master—but it is play all the same. It is not fully adult to play. I watch my children at play and I can’t help thinking of how little they know about the brokenness and danger of the world, how innocent they are of what will be required of them as they come of age and work, suffer, grieve, and die. How can you play in a world like this world? It is almost an offense—unless, in spite of the grave condition of our world, our world is still a place of grace.

And yet the other terribly useless thing that artists do is to enter into pain, and to bring us into contact with pain. In Western art this begins, as it should, with meditations on the crucified Christ. I was in Boston’s Museum of Fine Arts a few weeks before the gathering in Austin, and I couldn’t help noticing that people’s pace quickened when they came to the rooms housing the medieval, and especially Spanish, art that dwells in dark tones on the dereliction of Christ. They were moving rapidly along to the Impressionist room, where they were happy to linger among Claude Monet’s bright pastel lilies and cathedrals. But Monet’s work is less glibly beautiful when you know his story. He loved Camille Doncieux—the subject of his first widely recognized painting, The Woman in the Green Dress.

had a child in 1867, they married in 1870, had a second child in 1878, and in 1879 she died of tuberculosis at age thirty-two. In response, Monet created one of his most haunting paintings, Camille on Her Deathbed, in which the young woman, already drawn and pale, seems to be vanishing before our eyes into a whirlwind of nonbeing. Even our beloved Impressionist Monet painted from a place of pain.

Play and pain are two perfectly useless things, and strangely enough, they have to go together. Play can become escapism when we determinedly play on to avoid facing pain. There is a kind of art that is too easy, too willing to let us off the hook, too comforting and too culpably ignorant of what exactly grace costs. At the moment, we find this most often in the bestselling art of the Christian subculture than in the secular art worlds, but it has had its day in even the most secular venues. Pain, meanwhile, can become sadism and masochism when it is unmoored from any hope of grace, so that the artist begins to conceive his job as an endless cynical flagellation of himself and his audience. Difficulty becomes the only test of seriousness, and “decorative” becomes the only remaining swear word.

sam said…
this was lovely to read. and so true. i feel this often in my own creative journey... a moving between play and pain and exploring the intersections where by i move from one to the other.
4:36 PM

shannon newby said…
Thanks for sharing the excerpt. It's been on my list of books to read... and after reading this, I'm going to go give it a nudge closer to the top. ;)
8:54 PM

Rev. Brian R. Dixon said…
Reminds me of something Henri Nouwen said about Christian leadership as a calling "...to be completely irrelevant and to stand in this world with nothing to offer but [your] own vulnerable self." Feels like this fits with Crouch's speaking of the artist's useless gifts and creativity as a sacred calling.
8:43 AM

w. david o. taylor said…
Samantha: I think your artwork is some of the best that I've seen in capturing the dynamic of play and pain in a single gesture.

Shannon: the excerpt I include is from the chapter that Andy writes in my book. But the tone and the content of this excerpt are things you will find vibrantly explored in his own book, *Culture Making*.

Brian: it seems everywhere I turn I find Nouwen, capturing my own intuitions with better language or correcting my intuitions with a truer vision of the Christian life. Nouwen and Crouch's thoughts won't win too many cover stories in our popular (or academic) magazines, but we need to keep hearing them--over and over again.
10:10 AM

Daydreamer said…
so good! I had a painful struggle between utilitarianism and un-usefulness in my teens that finally culminated in me giving my life to ART when I was 22. It was the right thing to do, as the quiet voice within said clearly "choose Art", and I finally began to understand my place as more than just a tool in the hand of a large potter. I could create as well....
11:31 AM

shannon newby said…
*Noted: 2 books to put on the top of my list! (when yours comes out of course). Thanks for pulling together lots of good stuff!
1:45 PM

techne said…
have you read peter hyde's the gift? a very important book about the economy of gift...
10:45 PM

w. david o. taylor said…
T: I haven't read Lewis Hyde's book, but Mako Fujimura spoke from it at our last retreat for ministers to artists and it made a significant impression on many of us. I need to put the book on my wish list.
8:36 AM