T-minus 6: For The Beauty of the Church (book excerpt) 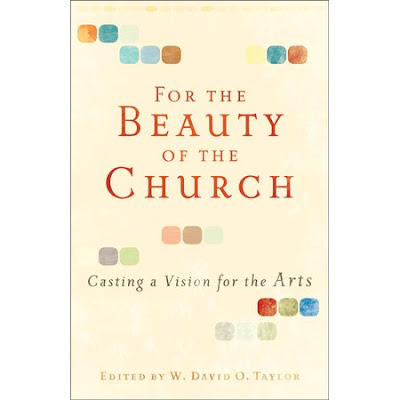 It's the eve of All Saints Day.

The kids outside are making mayhem in their masked outfits. Halloween, frolicking and garish, 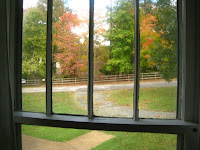 announces itself on the streets. By tomorrow we'll wake up to a single-minded rush for Thanksgiving. Soon it will be crushed by "Christmas." All around our house the landscape is changing. The trees in our yard have turned from green to fiery yellow, tangerine orange, pomegranate red, purple, bronze, all looking like candy colors that you could eat. It's perfectly glorious, especially for folks from Texas.

And we're six months away from the arrival of my book, For the Beauty of the Church: Casting A Vision for the Arts.

I've decided for each month from here to March 2010 to post an excerpt from the book. I'll also include some of the artwork that will accompany each chapter. God help me I'm almost done. Or I should say, we're almost done. Eight writers, eight artists, one project editor extraordinaire, an acquisitions editor, a team of marketers and designers, the Baker Books family, a patient wife, an unendingly encouraging family, a tribe of friends who have read early drafts and prayed faithful prayers. What a relief. And what a donkey amount of work to put together a book. 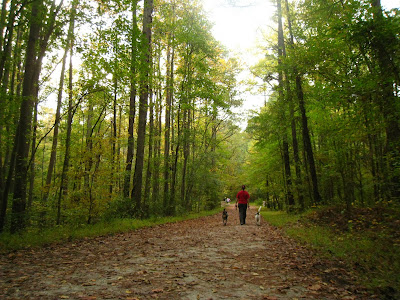 The following passage is one of my favorites from the book. In it Eugene Peterson, in his chapter titled "THE PASTOR," tells a story about an "expert" architect who visited their church. Their church was small at the time. It had begun thinking about the possibility of a permanent space. The small band of believers dreamed of different architectural forms to give expression to "who" they were and who God was in their midst. It turns out the expert had all kinds of ideas. His ideas, however, completely ignored who these people were in this time and in this space. It's a classic story. It'd be funnier, of course, if it weren't so common.

Here is how Eugene tells it.

"I was still in the early years of my formation as a pastor. I had completed my seminary training, spent a couple of years in graduate studies in Semitic Languages, gotten married and begun a family, spent another three years as an associate pastor, leaning the ropes of church life. And then I was called by my denomination to form a new congregation in a small community twenty miles Northeast of Baltimore. I was thirty years old.

I had a lot of book learning. I had taken on responsibilities in family and church that were in process of forming a pastoral identity in me. But I was still far from being formed. I had not yet become who I was called to be.

My wife and I spent three years gathering a core congregation in the basement of our home. We were now ready to construct a church sanctuary. While we were getting ready to do that Bezalel came into my life. But not directly. He came mediated by Gerry Baxter. It happened like this. 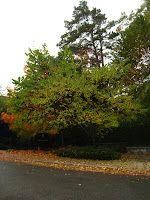 The denominational office responsible for supervising the organization and development of new churches sent a consultant from a large architectural firm that specialized in churches to meet with our building committee. As the six of us sat around a table, the man began pulling church building plans out of his briefcase for us to consider: “Here’s a colonial. This is historic colonial country you are living in; I think this might suit the ambience of the culture here. And here is a kind of neo-gothic. It has a distinctive “church” look—it would probably attract people who don’t know much about church but are looking for something solid and safe.” And then another: “I think you would be interested in considering this one. It’s very popular right now—a multi-purpose building, easily convertible from sanctuary to church suppers to community gatherings. Very functional. Given your circumstances, I would probably recommend this.”

The man left. He had been with us a little over an hour. He had not asked us a single question. He left knowing nothing about who we were or the way we understood church. We decided that all he know of church was in those half dozen building plans in his briefcase. It took us not more than twenty minutes to agree that we weren’t going to use his services. We weren’t interested in selecting one of the standard options. There was more to church than a building. We needed a building. But we were not about to be reduced to a building.

What he didn’t know and didn’t bother to find out, was that we had been worshiping together for 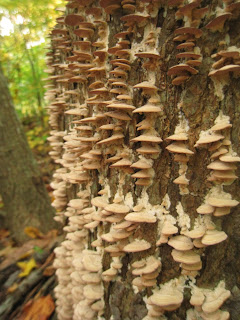 three years in the house basement in which our meeting with him had just taken place. What he didn’t know and didn’t bother to find out, was that we were already a church—a church in formation. We were new at this, true, but already well on our way in discussing the nature of worship, the nature of congregation, and the part that architecture would play in expressing and shaping our identity in this local neighborhood. “Colonial” and “neo-gothic” and “functional” had very little to do with who we were. We were not a set of blueprints.

Our denominational supervisor was not happy with our decision to reject the “expert” (his term) counsel that he had provided for us. He warned us that we were being very foolish. I think he even used the word “headstrong.” He had been through this process dozens of times; we knew nothing. Which was not quite true. We knew nothing about blueprints but week after week for three years we had been accumulating a sense of church.

One of our building committee members knew of a young architect who had recently begun his practice in our town. I was sent to talk to him. He had never designed a church, but was very interested in what we were doing. He agreed to come and talk with us. A lot of questions were asked, back and forth. We liked one another. We asked him to be our architect.

That was the beginning of my getting to know Bezalel. Gerry Baxter wasn’t Bezalel and although he had grown up in the church, I doubt if he had ever heard of Bezalel. But without knowing it he introduced me to Bezalel whom I had heard of but never really noticed. That acquaintance gave a decisive turn to the shaping of my understanding of pastor and the formation of my vocation." 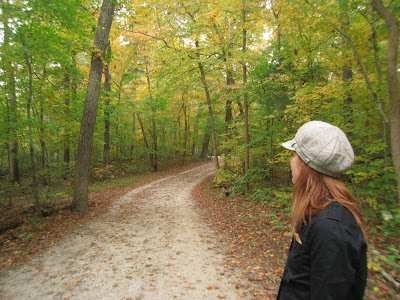 Kelly W. Foster said…
The story of the 'expert' church architect is really painful for an architect to read. I'm afraid the profession often pushes people to think and act like that. It sounds like the story gets better, though. Looking forward to reading it and the rest of the book. (I missed Peterson's presentation at the symposium).
4:29 AM

tamarahillmurphy.com said…
Six months seems like an awfully long time to wait; excerpts are a beautiful idea to pass the time. and March is my birthday month so I'm thinking I should celebrate whole-hog and not only put the book on my wish-list but also having it autographed at Laity Lodge. Sounds like a perfect birthday to me!
6:24 AM

w. david o. taylor said…
Kelly: yes, the story turns out for the better. And I have to say, knowing that architects like yourself who are thoughtful about both Christian faith and architecture gives me great hope. I've just written a final paper on Richard Hooker's late 16th-century ideas about church buildings. I'd love to send it to you for your response.

Tamara: March 2010 will be a fun month indeed. I hope your family is feeling better. We've been praying for y'all.
6:31 AM

Alan said…
I am so excited about your book! I have only been following your site for a few months but it has been such a great expansion of my faith and theology of art. Thanks for sharing! Look forward to the next excerpt.
8:50 PM

w. david o. taylor said…
Thanks for your kind words, AWVALES. Where are you from?
9:12 AM

Ruth said…
Hi! I am slightly embarrassed that this is my first comment on your blog, but you are the first person I thought of as I have been trying to find a marriage homily to be read at my wedding. There are many homilies, but they seem to be written for specific couples or they are written less than beautifully. Do you have any marriage homily recommendations/advice?
Sincerely, and with thanks,
Faithful Lurker, Ruth Starwalt
11:20 AM

I am in Louisville Ky, I heard about your site from the gallery director of the 930, which is part of Sojourn, where I fellowship. He has a link on the Sojourn Visual Arts page to your site, we are talking about coming to the Laity Lodge in March if we can swing it.

Thanks for sharing your journey with us!

w. david o. taylor said…
Right on, Alan. Thanks for introducing yourself. One of these days I'd love to visit Sojourn. I know we "crossed" paths in the video that Jeremy at Austin Stone Church made back in the spring. Blessings to you. And of course, it'd be great to see a contingent of Sojourn folk at the Laity Lodge retreat.
8:04 PM

w. david o. taylor said…
Ruth: I wish I had something to offer you. For the folks I've married I've written original homilies. I think pastors for the most part write marriage homilies, though some will use stock "footage" from homilies they've previously preached. Will you be married in a certain denomination? If so, there should be resources available. If not, you might ask someone you know in a pastoral role to write one with you? Will the pastor marrying you not write one?

I do hope you find something helpful. And thanks for saying hi.
8:15 PM

Unknown said…
please email me. i'm looking to connect with other art ministry leaders. richard.fudge@gmail.com
11:51 AM