The Discipline of Reading Outside Your Tradition + NY + Duke 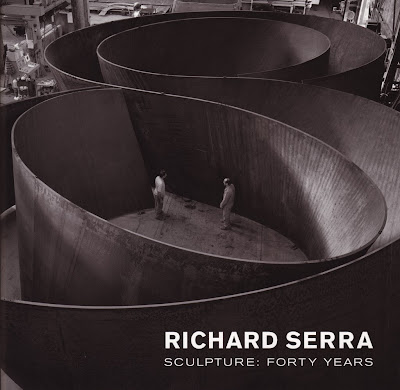 "As the poet said, 'Only God can make a tree' -- probably because it's so hard to figure out how to get the bark on." "The lion and the calf shall lie down together but the calf won't get much sleep." -- Woody Allen

Tomorrow Phaedra and I fly up to Endicott, New York. Since Endicott doesn't have an airport, we'll be using Syracuse instead. I'll be preaching both services at Union Center Christian Church. Generally speaking my goal in the sermon is to make a case for the way in which art serves the purposes of God's kingdom. The answer usually is: yes.

I do have sermon notes, and a pretty sweet audience-participation illustration, and if I can get the senior pastor to dance, all the better, but I'll have to work on my powerpoint during our lay over in Atlanta.

On Monday we jump on a plane down to Durham, North Carolina, for a chance to visit Duke Divinity School. We have a good deal of questions and we're praying for divine serendipities. This grad application thing is sweaty, stressy business. Though I'll never bleed anything but burnt orange, my heart is open, and so is Phaedra's, to God's leading, including blue. (But seriously--a blue devil?)

(And now for an advertisement approved by the David Taylor campaign: I really do love my wife.)

Here, then, is the third section of notes for my Nashville arts conference talk (part one here, part two there).


THE DISCIPLINE OF READING OUTSIDE YOUR TRADITION

An Anecdote: [I talked here about my experience of reviewing the Ragamuffin Film Festival movie submissions.]

The problem: These Christian filmmakers were producing work that was imitative and predictable. There was nothing nuanced happening on screen. The movies assuaged us as an audience and were incapable of pulling us into anything bigger than ourselves.

Why was this the case? Many reasons, I’m sure. But one definite reason is that our imaginative soil as believer artists is often too shallow. And if the soil is thin, the fruit will be weak. 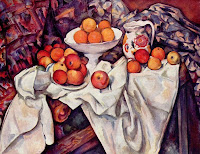 Illustration: [Pull out two peaches, or as the case turned out, two tomatoes.] Take the fruit we commonly purchase in our grocery stores. Here is a mass-produced, mass-distributed fruit that sits piled high on the shelves. It looks great; and it’s fine to a degree. But it’s never a match for locally grown organic fruit. Here is an example of the economy of expense—an expensive amount of time to grow, an expensively rich soil. Is the expense worth it? Consider the effect of each fruit on our bodies. With the plasticky, glossy fruit we “fill our stomach.” A filled stomach counts for something. But is that why God made fruit? Surely not. With the organic fruit we actually nourish and energize our bodies.

So too, I suggest, with much art. We can often settle for the quick and cheap and highly productive. It fills the bookshelves. It keeps the media outlets supplied. But the fruit often leaves us un-changed. Alternatively, we can choose the slow route that costs us time. It’ll make us sweat. We’ll be made to endure months and perhaps years of patient toil. It’ll take great energy and attentive care to produce good work. But the result will be art that is deeply nourishing and long-lasting.

What produces such art? A rich imaginative soil.

How do we cultivate this kind of soil? We do it by the discipline of reading the “classics” outside your artistic tradition.

What is a “classic” work of art? Mark Twain, speaking of books, remarked that it was “a book that people praise and don’t read.” Well that’s not what we have in mind. We have in mind art that contains high mineral deposits of aesthetic excellence. For Os Guiness, a classic is rich in wisdom. C. S. Lewis once said of the old books, the “greats,” that they help correct “the characteristic mistakes of our own period.” They train us, that is, to become far-sighted creatures.

In a multi-media age that often leaves our heads mushy, a classic can wake us up. When Eugene Peterson read James Joyce’s Ulysses, he says of the experience: “I woke up. Joyce woke me up to the infinity of meaning within the limitations of the ordinary person on an ordinary day. . . . Leopold Bloom, buying and selling, talking and listening, eating and defecating, praying and blaspheming” (Subversive Spirituality, 175).

A classic, then, nourishes our imaginations with lush reservoirs of ideas, metaphors, nuanced observations of human nature, a skilled sense of what’s too much, what’s too little. A classic can rescue us from making everything about me and my sub-culture.

What kind of classic works do I have in mind? Let me suggest a few. 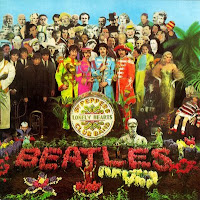 Music: Rachmaninov’s Russian choral music, from the “Liturgy of Saint John Chrysostom” (PLAY excerpt). There’s Mozart’s Requiem and the way he gives sonic meaning to our pathos over death and loss. Duke Ellington & Bob Dylan’s “Ballad of a Thin Man.” The Beatles’ “Sgt. Pepper’s Lonely Hearts Club Band” and Dolly Parton’s “Coat of Many Colors” (1971, @ poverty of her childhood). 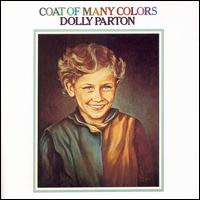 Plays: I think every one of us should read one Shakespeare play out loud at least once a year. Beyond that there’s everything from Arthur Miller’s Death of a Salesman to Tom Stoppard’s Rosencrantz and Gildenstern are Dead.

Novels: All of Western literature is a kind of response to Homer’s Odyssey, penned in the 8th B.C. As I do with Tolkien’s trilogy, Homer is worth reading once every five years. There’s George Orwell’s Animal Farm. There is the Columbian Gabriel Garcia Marquez’ lyrically magical One Hundred Years of Solitude. There is the Japanese author, Shusako Endo’s, disquieting tale a Jesuit missionary sent to 17th century Japan, called Silence.

Dance: Save your pennies one year so you can buy season tickets to the ballet the next.

Architecture: Go to Europe and do a cathedral-hop across the continent. Or go to Chicago.

Poetry: With poetry you can’t go wrong with anything by John Donne or Wendell Berry. But you don’t have to be serious to read poetry. The American poet laureate Billy Collins writes some very fun stuff. Hear this one titled: X.

To conclude this section of my talk, the only way I’ll become a better playwright is if I learn from the masters of my craft—Shakespeare, Beckett, Mamet, and many more that I don't have time to name or that I've yet to encounter, especially outside my cultural radius. But the only way I’ll produce deeply nourishing, longer-lasting work is if I read the classics outside my artistic tradition and so allow the whole communion of artistic saints to enrich my imagination.

The Aesthetic Elevator said…
I thought you were headed across the pond for grad work???
6:28 AM

Ahnalog said…
One last time: I'M SORRY about the tomatoes instead of peaches! ;)

Oh, and I second your endorsement of author Shusaku Endo. "Silence" is amazing. Did you know that the sacrifices of those Portuguese Jesuit priests of the 17th Century still bear fruit in Japan today? More (Portuguese-speaking, Catholic) Brazilians currently living outside Brazil live in Japan than anywhere else! Or so I heard when I lived in Japan....

I go to Austin stone and saw you in the video this week. Your starting a center for artist for spiritual development?? or something of that nature. I was introduced to you a few years back from Matt LaCour at Hope Chapel...

Anyways I'd like to contact you to talk more about art/life/spirituality/austin... is there a better way besides your blog. My email is Bryson.Owen@uscm.org Thanks!

w. david o. taylor said…
Ahna, no worries matey on the tomatoes. The organic one was super tasty. So interesting about the Brazil-Japan connection. And thanks for the rec of another good book.

thanks for your kind note. It'd be great to chat. I'm traveling at the moment and will be headed to Thailand for nearly three weeks. I'll be back mid-November, at which point I'll give you a shout-out and we can figure a time to hang out. In the meantime, all the best.
6:13 AM

tamarahillmurphy.com said…
So I finally got around to reading this post (past the part that was all about me!)
Thank you for an extremely tasty "peach" of a post...
you know, I've played with the idea of giving myself a true-blue, good 'ol-fashioned classical education just to add depth and breadth to my very shallow education. I don't know if I'll ever be able to actually do that in a formal manner. In the meantime, your timeline suggestions (eg. "read Tolkien's trilogy once every five years" "save pennies for season tickets one year to attend the next") are so practical and helpful. Thanks for the tangible lifelines, David.
9:13 AM

Dawn Maureen said…
What a wonderful well written well thought out post ! I enjoyed this !
5:13 PM