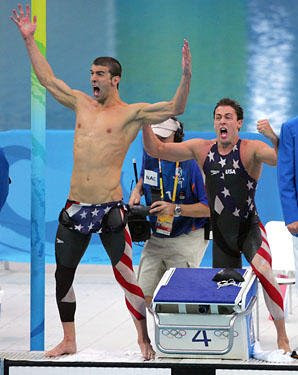 Michael Phelps is a rockstar, a poseidon among mortals. We just watched him win the 4X100 medley relay. Three former Longhorn swimmers assisted him in his quest: the elder statesman Jason Lezak, the breezy Aaron Peirsol, and the gentle Brendan Hansen. Dad, Phaedra and I watched the final from our not-so-Best (in fact quite the punk of a) Western hotel room in Nashville.
I held Phaedra's hand the whole time. By the time Jason had made his turn for the final 50 I was crushing down on her right hand. She yelped at first. Then she pleaded over the roar of the crowd in the Water Cube and my own manic shouting to let go. Not really hearing her, I squeezed even harder. Sub-consciously I was back in my high school soccer tournament days where we ran and sweated and yelled and cursed and crushed our nemesis Little Rock Catholic and then pounded each other with effusive embraces.

I had to ask Phaedra forgiveness afterwards. I'd hurt her hand.

But we rejoiced. We had a story to tell our children, we agreed. A Phelpsian pheat had been accomplished. We were there to see it live. I saw it. I was Michael.

Michael Phelps, on behalf of the APA (Arts Pastors of America), well done! Well done, good sir. As devoted lap-swimmers at the neighborhood lap pool, Phaedra and I tip our hats off to you. You are truly the man.

1. In other news. . . here is the result of our olympic sand-sculpting efforts at the beach in Galveston. 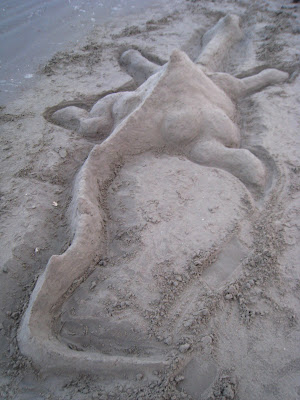 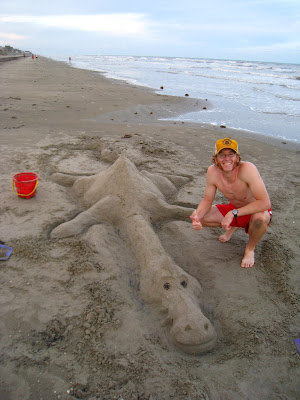 2. After a two year visit to the United States, Michelangelo's David is returning to Italy . . . 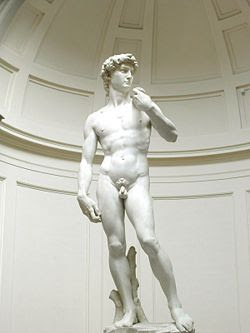 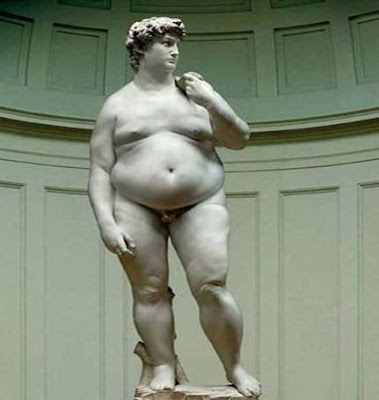 His Proud Sponsors were:

w. david o. taylor said…
This comment is a test to see if the new email I'm using with blogger will actually reach its intended terminal point: my inbox.

I say hello to me while I'm at it.

Karen said…
That's American fast-food for you. Nice one!
3:05 AM