On God's Reckless Love and Other Divine Adjectival Matters 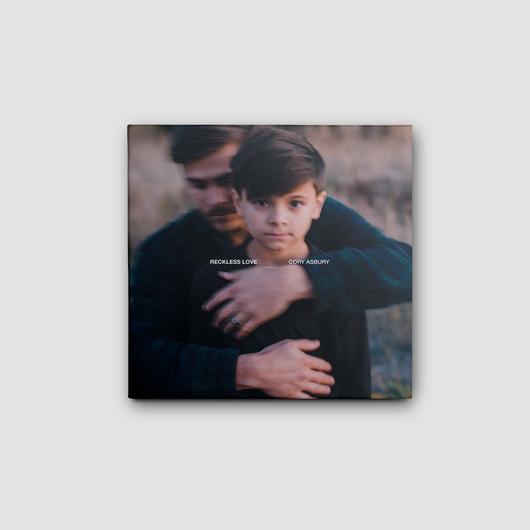 I sang Bethel's "Reckless Love" for the first time this past Sunday. I'd only read about the controversies surrounding the adjective "reckless," summarized in this CT article; and I hadn't even heard the song all the way through. So it was a curious experience to find myself on the inside of the song, singing exuberantly, even forcefully, along with the congregation at Christ Church in Austin. A few thoughts came to mind while I sang it, and a few thoughts came to me afterwards.

1. I could only know what this song was on about "from the inside."

As I argue in my book, The Theater of God’s Glory, the arts, like the poetry of the psalms or the narrativity of Jesus' parables, engender a way to grasp the world through our physical senses, give us a feel for things that we might not be able otherwise to articulate, and enable us to perceive what, at first glance, may seem improbable or even impossible.

The arts invite us to immerse ourselves in richly sensory territory: of smelling, tasting, feeling, seeing, hearing. If we wish to know how a song means, then, we need to sing it out loud. We cannot simply read about it or analyze it, as we academics tend to do. A song's fullest meaning occurs through sensory means, and it is this characteristic of music that has made philosophers nervous, from Plato onward.

While singing "Reckless Love," I thought to myself, "Oh. Now I see. I get it. I get the 'reckless' part." If it is through our various embodied activities that we come to have “a grasp of the world,” then the arts simply intensify this grasp of things.

While it's frightening to allow oneself to become vulnerable to a work of music, to experience it "on the inside," I don't think we can fully understand this particular song as a musical work of art by standing on the outside of it. We can only properly understand it on its own terms (in its whole form, not in its discrete parts) and within its ideally intended context (as a communal act of singing).

Put otherwise, although plenty of good work occurs in our study and analysis of works of art--and I thank God for thoughtful scholarly and lay labors--how a song means is akin to how basketball or baking mean: our understanding of its meaning occurs through a know-how rather than a know-about experience of it.

2. While the term "reckless" makes me theologically anxious, it works to name the character of God faithfully.

Researchers have shown how both disaffected teenagers and Alzheimer’s patients “get a feel” for their place in the world by listening to particular kinds of music. Emotions are “identified,” loneliness gets “named,” knowledge is “uncovered,” and identity is "established." Listening to a host of musical works, the emotions become a way for human beings to name reality.

They “are a primary means for our being in touch with our world,” as Jeremy Begbie puts it.

On denotative terms, the adjective "reckless" fails to describe the character of God in a strictly accurate way. The God to whom Scripture bears witness is hardly heedless of the consequences of his actions. Jesus may be audacious in his love for the world but he isn't impetuous. The Holy Spirit may plumb the depths of the human condition but the work of the Third Person of the Trinity is far from thoughtless or careless.

Could the author of "Reckless Love" have chosen a term close enough to "reckless" to get at the same idea? I think so. "Furious" could have done the job just as well, it seems to me. Is the term heretical, as some might worry? No, I wouldn't argue that.

Do words matter? Of course they do, and I don't think Bethel's songwriters would disagree on this point. But I also think that the church's songwriters should remember that, like the church's preachers and teachers, they are doing singularly important theological work. This means, among other things, that they take their theological responsibility seriously--deadly seriously.

That being said, on connotative terms the word "reckless" works, I suggest. As Bethel's Cory Asbury states: “I see the love of God as something wild, insane, crazy. The way that he pursues, chases us down, loves, I believe, is reckless. We were going after that really furious, violent language to speak of the nature of the love of God.”

When he says that the phrase "dropped in his heart," I would argue that he identifies a kind of emotional center for humanity's sense of God's love. I would likewise argue (unoriginally) that language is always contextual and that both the denotative and connotative senses of words must be taken into account in our assessment of faithful language for God.

It's terrifying to admit that need because there's the realistic chance that I'll be disappointed. It's happened before, and I don't doubt it'll happen again, and that's me speaking from my real-time experience of God, not God's experience of me. But the song "carried me along" to this place of encounter with God, in a way that felt gentle rather than forced.

It's as if the love of God is reckless, I thought.

3. The song "Reckless Love" is a musical metaphor for the love of the Good Shepherd and of the prodigal son's Father.

The writer Ray Bradbury once remarked that metaphors, for artists, were the “breakfast of champions.” For the American composer Leonard Bernstein music was a “totally metaphorical language.”  The literary critic T. R. Wright argues that the whole point of reading literature, and by association the experience of any work of art,  “is that it says something about life which cannot be said in any other way.”

As I explain in the book I'm currently writing for Eerdmans, Worship and the Arts: Singular Powers and the Formation of a Human Life, the arts marshal metaphors in a way that orients our sense of self in the world. To say that the love of God is reckless, I suggest, is a way of discovering something true about the nature of God's love--through the metaphor, not despite the metaphor.

This applies not just to the poetry of the song but also to its musical composition.

4. Do I dare let myself feel this need for God's love?

As I sang the song this past Sunday, I found myself thinking, Would God love me in this way, too? Do I dare let myself feel this need? Have I ever felt God loving me in this Good Shepherd way? By the end of the song, having repeated the chorus several times, I found myself understanding something about the character of God, through the metaphor of the song's lyrics and music, that I had forgotten somehow: that God in fact does love me in this manner.

Humming the song throughout the day, I still felt the tension of a term that could have been (easily) substituted for "wild," with its Lewisian-pre-approved standing in certain Christian circles, but I also thought that the song's critics might spend their energies inviting and paying their own songwriters to write a hymn that captured the emotional potency of God's "father-of-prodigal-son-like" love.

God knows we need those kind of hymns.

Instead of nagging only or merely bemoaning the state of radio-friendly worship songs, then, why not patronize the songwriters in our communities so that they can give musical and poetic voice to the whole scope of God's love in all its gospel particularity.

The church sorely needs theologically sound songs of the love of God. But it also, I thought, needs songs that will enable us to feel the love of God and to want to live our lives in light of that love.

w. david o. taylor said…
Ha! Tim, so many wild, interesting and exciting words in the Christian vocabulary, as you know better than most.
6:55 AM

Brad Pembleton said…
This is something you can say, "Amen" to. As always, thought provoking with humility and grace. Thanks!
9:28 AM

Amanda Olson said…
Amen, Amen, Amen!! This is beautiful, David! I just found your blog after looking for the whole family on Facebook tonight! I just found out about Christine! None of the Kinard’s had any idea! I am so grateful for God’s healing and faithfulness and will continue in praying for full restoration in her body. I love all of our Taylor cousins and I am so astounded by what the Lord has done in all of your lives! We are all very similar in our passions for art and Jesus. The legacy of belief is beautiful even though we are so far removed from each other in our daily lives. Please give your family our love. I am ordering your book I can’t wait to read it!
-Amanda (Kinard) Olson
8:30 PM