That time Bono dedicated "40" to you (and you freaked out) 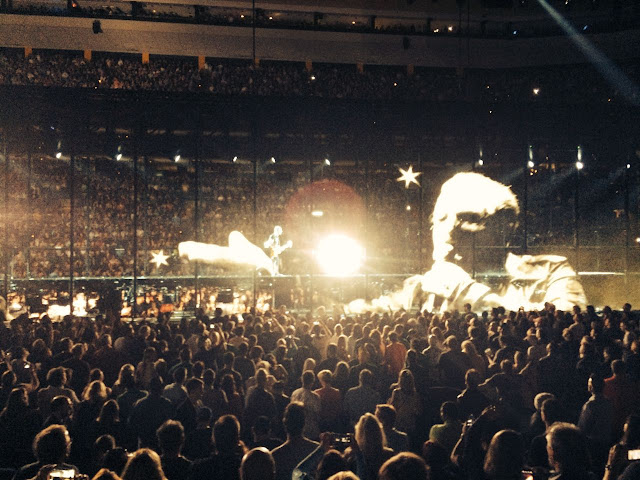 It was late in the night, much later than our usual "old people" bedtime. Phaedra and I had flown in to Boston from Houston, Texas. Among other reasons, we had come to see our first U2 concert. It's embarrassing to admit that we had never witnessed U2 live, but there you go. We were latecomers. But like the rest of the concertgoers standing near us, who happened to be mostly men in their 50s, we were sweaty and exhilarated. We had sung our lungs out for the past two hours.

I had spent the past year researching the band. I'd read everything I could on their early years. I'd pored over magazine articles, album reviews, long-form essays, fan forums. I'd watched interviews on YouTube about Bono and his faith. I'd corresponded with representatives of the One Campaign. And I'd spent an afternoon with Bono and Eugene Peterson in Lakeside, Montana, three months back, on April 19. With a view of Flathead Lake behind us, we had filmed a conversation around their shared interest in the psalms.

Coming to the end of the concert, Phaedra and I felt like we had missed out on an entire lifetime of good old fashioned rock and roll. We hadn't, however, expected the concert to feel worshipy, but that's how it turned out: worshipy. And liturgically ecstatic and totally righteous. After a handful of encores, we thought we'd come to the end. If we'd known better, or if we'd bothered to ask the brawny middle-aged men around us, we would have known that, like the vision of St. John of Patmos, the best was yet to come.

Bono comes to the mic. He starts telling a story about their band manager, Dennis Sheehan. Dennis, who had been their manager for 30 years, had died on May 27, 2015. Jack Heaslip, the band's unofficial chaplain, going back to their years as teenagers in the '70s, had died three months prior, on February 21. Too much death, it seems, in too short of a time had left the band members sober of spirit. Bono tells the crowd that Dennis had long-been associated in his mind with the song "40."

"It is imperative that we play it for you now."

At this point the Edge begins strumming the opening notes. The crowd goes bonkers; dopamine levels surge. Middle-aged men begin leaping, high-fiving, pumping their fists in the air. Tears stream down their faces. I kid you not.

Originally released as a commercial single in Germany, in order to promote U2's appearance at the Loreley Festival in 1983, "40" has become the iconic U2 song. The text is, of course, drawn from Psalm 40. And much like the hymn "Amazing Grace," it is the one song that all humanity, no matter what their creed, whether religious or irreligious, wants to sing at a U2 concert.

Because who doesn't ask the question, "How long?"

Ten seconds into the song, Bono steps up to the mic again. "David, this is for you." I don't hear him, of course, because I have men in their 50s hugging each other as if it were their last night on planet earth, howling as they anticipate the theme song of saints and angels. In music, as in life, it's all about anticipation. Bono steps away from the mic.

It's not that this narrows the field all that much, but a little shiver goes down my spine.

I look at Phaedra. Phaedra looks at me. Did he just say my name? I mouth to her. She mouths back, Yes. I freak out. What?

Then, like the good middle-aged gentlemen that surround me, I get a little misty-eyed.

Here is another view of the events: 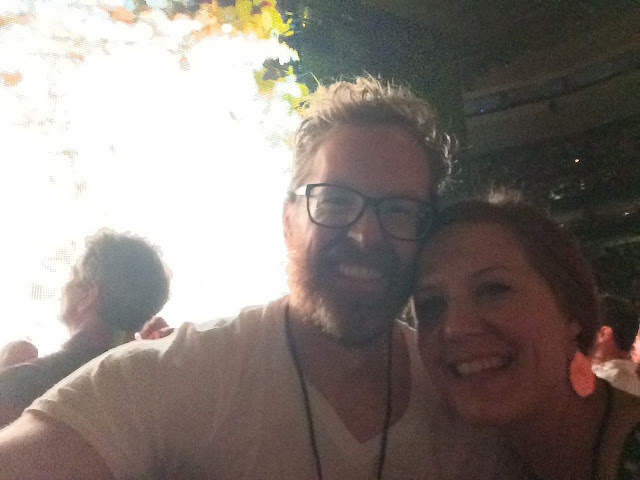 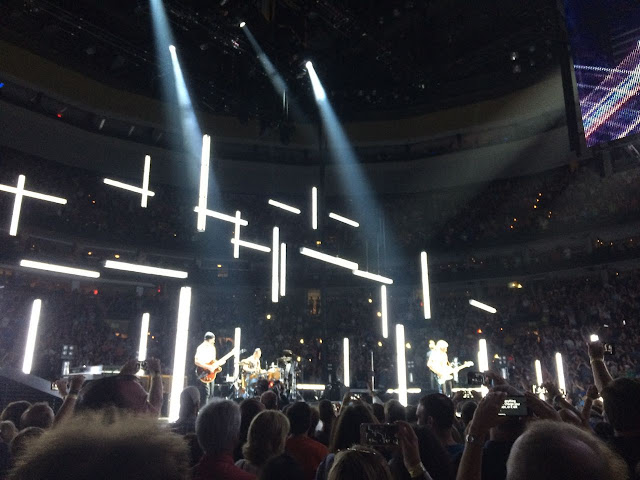 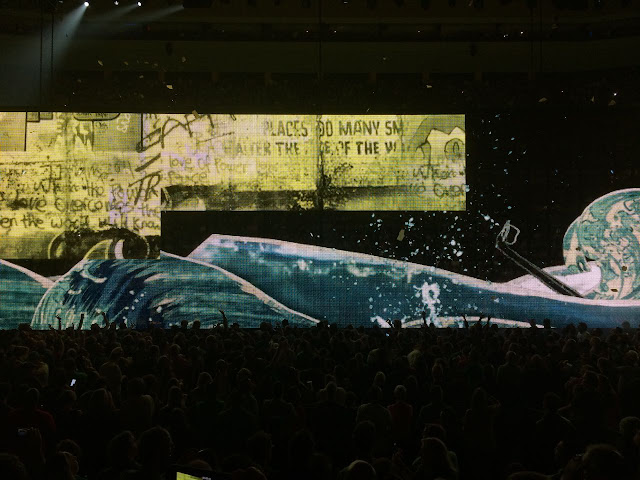 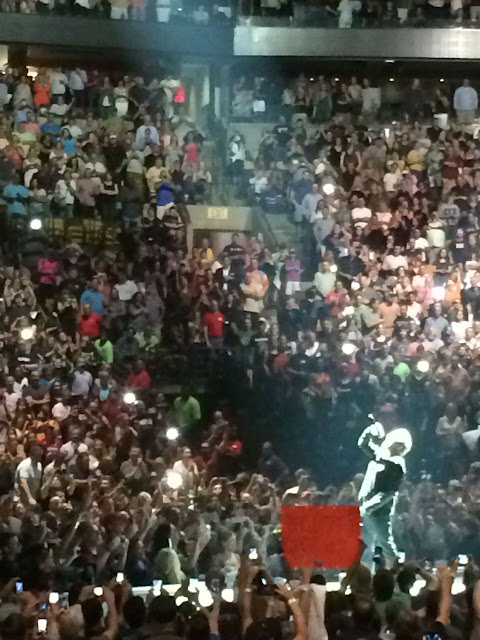 Tim Stewart said…
What an electrifying experience! Thank you for sharing. Love how you continually ally your gift for research and intellectual analysis with the roll-up-your-sleeves work of creating material that can be enjoyed by a larger audience. What a precious gift Bono gave in dedicating the song to you. I'm filled with joy about it!
~Tim
11:01 PM

Mark Philip Venema said…
Smiled reading this. An honour "David Taylor". I've seen all the clips with Bono and been thinking a good bit about them. I was at Fuller when Joshua Tree was released and a fan since "Boy", saw them in Toronto first time on the "War" tour and wrote music reviews in my college newspaper when few had heard of them. I was a bit taken aback, worried even when doubting Fuller students in late 80s would say they didn't know about the church but that they did feel they had a "U2 spirituality". Then later in the 90s one friend and accomplished musician confided to me that he had to stop listening to U2 because when he did all he could think about was the band. It did not bring him into a spirit of Praise but in a spirit of Rock or U2-praise. The idea was that they are exciting, thought provoking, fun musicians who made you think a bit about Christian spirituality from time to time but their calling was not (so far) in writing music that would be sung in a worship setting. Even as much as 40 uses the psalm it is not about worship, it is about human identification with angst and the "how long" struggle. It was an idea come clear to me that not all "trees" serve the same function. (refering to variation of what Bono says of 'christian trees'). That being the case, I had always longed for U2 to write music where you no longer thought about "the boys" we so admire and love but where there might be that forgetfulness and your heart and mind is set on just worshipping God. That may not be their calling, but I'd love to see it.
9:28 PM

w. david o. taylor said…
Mark, thanks for your comment and your observations. I'm sure the "boys" would appreciate hearing it.
8:44 PM

Cathy Tucek said…
The Lord used you to encourage them to keep psalming until He comes again (or they go to see him). Sweet tribute. I love when they turn out lights and keep crying out to God - no longer a stage - but a prayer alcove.