Miroslav Volf on Psalm 137: Our rage belongs before God liturgically


(UPDATE TO THIS BLOG: I've added below, in light of the tragic events of June and July 2016, an excerpt from a Liturgy of Reconciliation and Restoration, produced by the Church of England. It's called A Prayer of Penitence based on the Beatitudes of Jesus. It's quite beautiful and it might be useful to pastors and worship leaders as they prepare to lead their people in corporate worship.)

What do we do with our enemies? What exactly ought we to wish for them? What do we do with those who have abused us? How do you forgive a person who is unwilling to own up to their violent actions? How do you stay sane, psychologically or relationally, when injustice is committed against you? And what exactly are we to do, in the face of violence, with the roil of emotions that threatens to undo us or to turn our revenge fantasies into reality?

Not surprisingly, Holy Scripture has plenty to say about these questions. What it says, however, is rarely straightforward. This is especially true with one of the most problematic poems in the Psalter: Psalm 137. While the first two sections of the psalm have generated vast numbers of musical and poetic settings--from Antonín Dvořák's 1894 composition, Biblical Songs, Opus 99, #7, to Hasidic rapper Matisyahu's "Jerusalem," released in 2006, to Elizabeth Smart's 1945 poem, By Grand Central Station I Sat Down and Wept--the third section, with its dashing of the babies against the rocks part, has been excised from liturgical repertoires throughout church history.

But we're wrong to do so, argues the Croatian-born theologian Miroslav Volf. In an exchange with historian David Stowe, in his book Song of Exiles: The Enduring Mystery of Psalm 137 (OUP: 2016), Volf insists that psalms such as these remain within our corporate worship. As he puts it, "they may point to a way out of slavery to revenge and into the freedom of forgiveness."

That's easier said than done, of course, a point Volf readily acknowledges. But liturgies that are devoid of demanding language, like the kind we find in the psalms, leaves us vulnerable to theologies and pastoral practices that are incapable of dealing with the experience of violence, with its systemic, multi-generational reverberations, played out on the public scene and in the privacy of our homes.

I quote at length Volf's comments here, recorded in his conversation with Stowe, the interim chair of the English department at Michigan State University, because they're the sorts of things we need to hear more often, from the pulpit, in the pastor's office as well as in the classroom, and in the therapist's office if need be.

Christians should read Psalm 137, Volf comments, because they remind us that

"rage belongs before God--not in the reflectively managed and manicured form of a confession, but as a pre-reflective outburst from the depths of the soul. This is no mere cathartic discharge of pent up aggression before the Almighty who ought to care. Much more significantly, by placing unattended rage before God we place both our unjust enemy and our own vengeful self face to face with a God who loves and does justice. Hidden in the dark chambers of our hearts and nourished by the system of darkness, hate grows and seeks to infest everything with its hellish will to exclusion. In the light of the justice and love of God, however, hate recedes and the seed is planted for the miracle of forgiveness."

Stowe asks Volf why the final verses of Psalm 137 are so often expunged from Christian worship.

"Well, that goes to the stone of offense in the psalm. What I have tried to say in Exclusion and Embrace, but also in that sermon [he preached in the mid-1990s, in the town of Osijek, when the former Yugoslavia was at war], was whatever judgments we make about liturgy and structure of liturgy--and I think liturgies have their own permanent and very slowly changing forms--they have also their kind of pulsating heart and can be adjusted and adopted to the particularities of the situation. And whatever we do with the presence of those last verses, in particular, in the liturgy, I think it belongs to the prayer before God: articulated in private, but articulated also in public."

"And my argument would be that's exactly where the rage belongs. If it's framed properly liturgically, that's where I would want to have it. Because I think that's the only place where the rage may be safe. It's not safe simply bottled up in my own heart. It's not safe in some public space of venting our collective feelings. I think it is safe in the space where it is placed before the one God of both those whose children have been dashed against the rocks and of those who did the dashing of those children against the rocks. I think that's where rage is most safe, if it's safe anywhere at all."

All this being said, and rightly said, it is never quite easy to know how to incorporate a psalm like 137 or 88 or 22 into public worship. A great place to start, perhaps, is a fabulous resourced produced just a few years ago: Psalms for All Seasons: A Complete Psalter for Worship. In it you'll find, among other things, suggestions for songs and responsorial settings of Psalm 137. It may well be that you'll want to make use of these settings in the Sundays to come; or for any given Sunday this side of the eschaton. 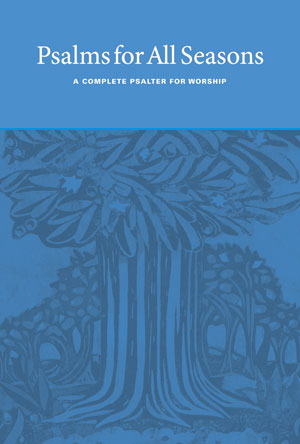 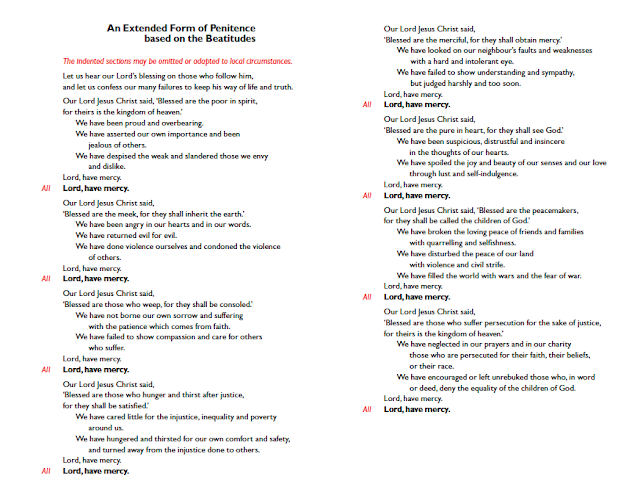 Julian Leong said…
Thank you for posting this. It answered a question I didn't realize I had, at a time when--again not to my conscious self--I had been asking it most strongly.
9:07 PM