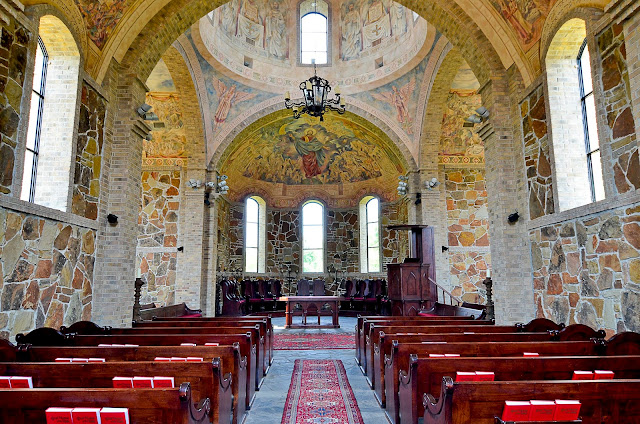 On August 29 we will hold the inaugural event for Brehm Texas, the newest initiative of the Brehm Center for Worship, Theology and the Arts at Fuller Theological Seminary, which I have been tasked to lead. Based out of the Fuller Texas campus, the vision of Brehm Texas is to revitalize the church through the arts for the common good. Our mission is to gather church leaders, artists, academics and creatives for the purpose of exploring the varied role of the arts in the life of the church and, in light of those gatherings, to produce resources that serve the church in a global context.

This event will take place at the Lanier Chapel, pictured above.

In addition to a lecture by Jeremy S. Begbie, professor of theology at Duke Divinity School and a professionally trained musician, on "What Good the Arts Offer a Multi-Ethnic City," we'll have the privilege of enjoying the work of two Houston-based artists, Lupe Mendez (a poet) and Kareem Goode (a cellist). I've included their biographical information below. I've also included the basic info for the event here.

We'd love for you to join us. All are welcome (though please register here so we know you'll be coming). Do pass this along, if you would, to any friends who might be interested in this topic.

What: A public lecture followed by catered reception.
When: August 29, 2015, 7:00–9:00 pm.
Where: The Lanier Theological Library Chapel
Who: Jeremy Begbie, the Thomas A. Langford Research Professor of Theology at Duke Divinity School, gives a lecture: "What Good Can the Arts Offer to a Multi-Ethnic City?"
Who else: Performances by Lupe Mendez and Kareem Goode.
To register: go here. The event is free and open to the public, but seating is limited (225), so it's first come, first serve. 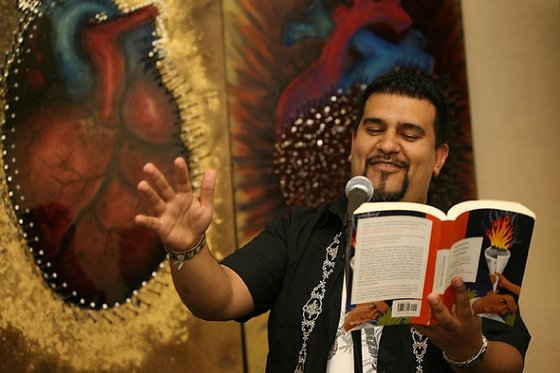 Originally from Galveston, Texas, Lupe Mendez works with "Nuestra Palabra: Latino Writers Having Their Say," the Word Around Poetry Tour and the Brazilian Arts Foundation to promote poetry events, advocate for literacy/literature and organize creative writing workshops that are open to the public. Mendez has opened up for such notable writers as Dagoberto Gilb, Oscar Casarez, Esmeralda Santiago and the late Raul Salinas. Lupe has served as a keynote speaker at colleges and universities such as Sam Houston State University, the University of Houston, Lone Star College, the University of Texas at San Antonio, and Lee College in Baytown, TX.

Lupe is an internationally published poet, in book and online formats, including Norton's Sudden Fiction Latino: Short-Short Stories From The United States and Latin America, The Bayou Review (University of Houston-Downtown), Flash (University of Chester, England), the international forum for flash fiction, Huizache, the magazine of Latino literature, Luna Luna Magazine, La Noria, Glassworks and Revista Síncope (D.F., México). In 2012 Lupe was honored as one "Houston Press' Creative 100s," a annual spotlight on the Houston Press blog site where 100 artists & arts supporters are featured throughout the year. Lupe's work reflects not only his roots in Texas and the Mexican state of Jalisco (specifically, Atotonilco El Alto, San Jose del Valle, San Juan de los Lagos, Guadalajara, Los Cuates, La Pareja), it is also a comment on commonplace issues, struggles, moments and relevant ideas and images he is humbled to witness. 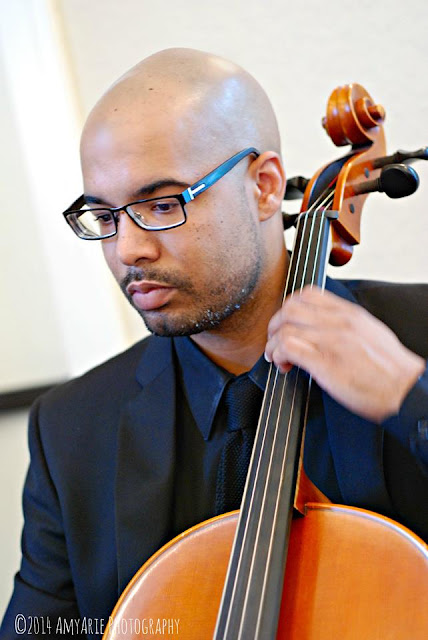 Kareem Goode is a music educator, freelance cellist, and is currently the Director of the Spring Forest Middle School Orchestra program. As a protégé of Anthony Elliott and graduate of the University of Michigan - Ann Arbor, Mr. Goode received both his Bachelor of Music degree in Cello Performance and Teacher Certification for grades K-12. While at the University of Michigan, Mr. Goode was a member of the cello section during the performance and recording of William Bolcom’s Songs of Innocence and Songs of Experience under conductor Leonard Slatkin. The recording was awarded four Grammy awards including Best Classical Album. Mr. Goode has also been a member of the Sphinx Symphony Orchestra in Detroit, University of Michigan Symphony Orchestra, Fort Bend Symphony Orchestra, the Texas Music Festival Summer Music Conservatory and has served as an intern/instructor with the American Festival of the Arts Summer Music Conservatory. Mr. Goode teaches in Spring Branch I.S.D. and maintains a private studio of cello students in the Houston area.

Unknown said…
You have to be very proud. To God be the Glory
1:58 PM