What makes Hillsong's "Oceans (Where Feet May Fail)" so popular?

Recently, Kate Shellnutt, editor at Christianity Today, sent me an email asking what I thought about Hillsong's "Oceans" and what I felt accounted for its longstanding popularity. She sent this same question to several people, and the result of that query is this online article: "'Oceans' Keeps Rising: Why the Hillsong hit still tops the charts." Here is how her article begins:

"The worship music powerhouse out of Hillsong Church in Sydney has created some of evangelicals’ favorite worship songs of the past decade: “Mighty to Save,” “Desert Song,” “The Stand,” and many more. But “Oceans (Where Feet May Fail)” by Hillsong United has blown them all out of the water with its commercial staying power.

It's been on the Billboard Hot Christian Songs list longer than any other Christian single. Though it came out more than two years ago, “Oceans” ranked No. 1 as recently as last month, based on radio airplay, sales, and digital streaming. (It’s currently No. 2.) From Zion, Hillsong United's quickest and best-selling album, the now-platinum “Oceans” first swelled to the top of the chart in December 2013, where it stayed for 50 consecutive weeks—another record.

On YouTube, the 9-minute-long lyric video for “Oceans” has 35 million views, more than any posted by Hillsong, and a performance in Relevant Magazine’s studios also continues to be hugely popular, with 17.5 million."

At this point, following a few more general observations, she includes comments from Tanya Riches, Wen Reagan, Hillary Jane, Ellie Holcomb and myself. Since she was only able to include a part of my answer, I thought I would include my full answer here, which I sent in an email. 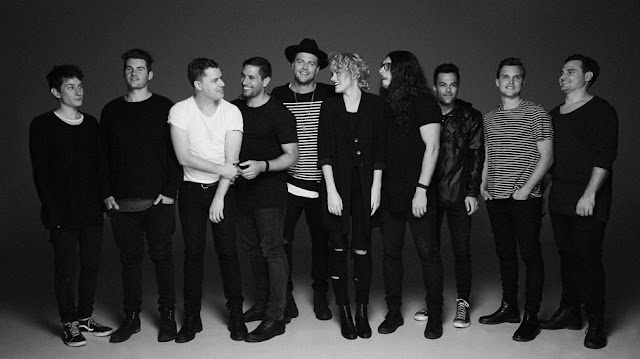 It bears mentioning that I claim no expertise on Hillsong music. Others have actual scholarly insights, like Wen Reagan or Monique Ingalls or Joshua Busman. Lester Ruth might also have plenty to say on this account. What I offer here, I offer tentatively. That being said, there are two comments that I might make, one at a textual, the other at a musical level.

First, in the language of "my faith will stand," you have the element of a resilient faith, a faith that is able to overcome all odds. Whatever else a charismatic Christian may believe, he or she believes that God really gives a faith that moves mountains and a faith that stands, precisely because Christ stands with us, come hell or high water.

Third, you have the theme of a God of uncontainable power. The language of "Spirit lead me where my trust is without borders/Let me walk upon the waters" captures this sense that God is able and willing to do the impossible in our lives, including through signs and wonders. The phrase, "trust without borders," is especially evocative. It's a $64,000 metaphor: a metaphor that is richly allusive, and I can imagine that those who sing this phrase might find themselves thinking of Jesus and contemporary immigration politics.

Fourth, you have the perfectly elastic but also eminently biblically friendly term "mystery." For a charismatic Christian, there is the glad acceptance that not all things in this life are quantifiable. The mystery of the Christian faith is to be inhabited, not figured out; it is to be entered into more deeply, in contemplative prayer and song, rather than to be mastered through rational discourse. "Mystery" and "oceans deep" are metaphorically linked, the latter image concretizing the former and investing the idea of mystery with a physical reality that enables a charismatic Christian, as one scholar puts it, to generate a performative 'materialization' of the invisible God. With these two terms, "mystery" and "oceans deep," a poetic resonance is created that has, to my mind, a nearly endlessly satisfying effect on the singer.

MUSICALLY: the song, as an instance of rock and roll, has a cinematic and operatic quality to it. It goes quiet, loud, quiet, loud: suddenly swelling in sound, then just as suddenly receding. This arrangement packs quite a physiological punch. The song also bears resemblance to the EDM phenomenon of the "drop": where the music builds and builds and builds, till the tension is almost too much to bear, and then the music suddenly plunges into a place where, as one Hillsong writer might put it, "it just gets huge."

When you take the text and the music and add it to the video iterations of the song, along with the opus of Hillsong music, with a pinch of hipster fashion, you get a worship song that rewards, at least for the charismatic, pentecostal Christian, if not for plenty of others, repeated hearing--and, of course, singing.

Those are my thoughts, which I offer with care. I hope they're helpful in some way.

Stacey said…
Some good thoughts here, David--and accurate. However, I think a good reading of the song's staying power needs to include the central message of the song. I teach College students (Director of the Worship Arts Program at Columbia Bible College), so my perspective here comes from their reaction to the song (which is holding in popularity at the college, with no sign of waning). The primary appeal of "Oceans," as I've observed it, is its message of God's faithfulness in the midst of adversity. The repeated phrase "where feet may fail," and the connection of "deep waters" to chaos and struggle means that this song tugs at our lament cords--urging us to look to the God who never changes rather than basing our actions on the fear/confusion our circumstances might generate. Add to this the rising bridge of "Spirit lead me where my faith is without borders.... wherever you would call me" and the song becomes a cry that encourages my students to look past their circumstance and walk forward into God's calling with renewed vigor, focusing their eyes on Christ rather than their circumstances, and therefore being confident to stride onto the unknown depths (think Peter looking at Christ vs. Peter looking down at the waves that surround him--which is, of course, an intentional allusion). Thoughts?
8:30 AM