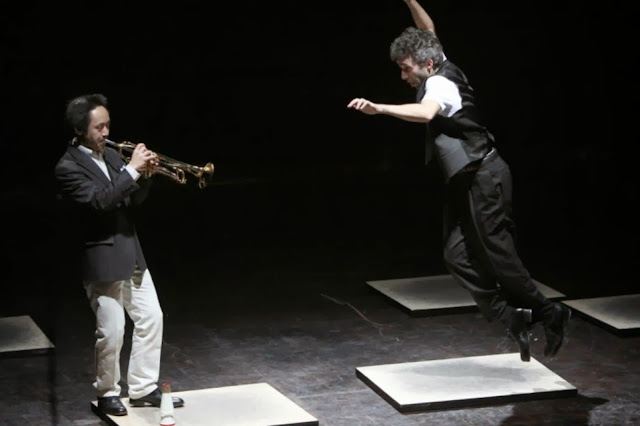 I'm thrilled to announce that tap dancer Andrew Nemr, a guest at the recent IAM conference, will be joining us for our 2014 Laity Lodge retreat for ministers and leaders of artists. Here are two videos of his work along with an extended bio. We'd love for you to join us if you're able.

Mentored by Gregory Hines, Andrew is considered one of the most hardworking and diverse tap dance artists today. Whether playing with Nat Adderley Jr., directing CPD PLUS, or co-founding the Tap Legacy™ Foundation, Inc., Andrew has garnered a reputation for impeccable musicianship and sensitivity, and respect for the craft that he loves. A 2012 TED Global Fellow and the artist in residence for the Quarterly Arts Soiree (QAS) at Webster Hall, Andrew received an NEA Masterpieces: Dance Initiative Grant to reconstruct the works of classic tap dance soloists, garnering critical and popular acclaim upon their presentation in Echoes In Time. Collectively, Andrew’s choreography and solo work has been described as “a welcome return to the elegance of simplicity and the tap dancer as maker of aural magic” (exploredance.com) and “deeply touching” (Daily Gazette).

An experienced soloist, Andrew has performed in various venues nationally and internationally including the PNC Bank arts Center, NJ, La MaMa, Etc., NY, the Blue Note Jazz Club, NY, Town Hall Theatre, NY, The Duke Theatre, NY, and the Bloomsbury Theatre, London, England. Andrew was featured alongside Jazz greats Clark Terry, Jimmy Heath, Hank Jones, James Carter, and John Faddis in A Great Night in Harlem at the Apollo Theatre, NY, in support of the Jazz Foundation of America and, additionally on Harry Connick Jr.’s Only You Tour at Proctors Theatre, Schenectedy, NY. He has also been the featured tap dancer with the Duke Ellington Orchestra presenting Duke Ellington: The Sacred Concerts, and with the Lionel Hampton Orchestra. Andrew performed regularly with the legendary Les Paul at the Iridium Jazz Club, NYC, and was a featured guest at his 93rd Birthday Show at the Pabst Theatre in Milwaukee, WI.

Nemr continues musical associations as a featured guest with the Nat Adderley Jr. Trio, Max ZT and House of Waters, the Jake Sanders Band, and with electronic musician Sean Hagerty. The 1to1 Project, an electronic/acoustic concept developed by Andrew and Sean Hagerty was selected as the closing act for the New York City Electroacoustic Music Festival.

As a founding member and dance captain of Savion Glover’s TiDii, Andrew was featured in the critically acclaimed Improvography at The Joyce Theatre, NY, the opening ceremony of the Cannes Film Festival 2001, the Jerry Lewis MDA Telethon, the 2002 Winter Olympics Arts Festival, and the 2002 Nijinsky Awards in Monaco. Andrew was also the only tap dancer to be featured in La Nuit Du Hip Hop (A Night of Hip Hop) in Grenoble, France, as part of the dance collective World Soul with Brian Green.

As a host Andrew’s sense of humor and giving nature have made his appearances more than enjoyable. He has been the host for Walking in Time at the Historic State Theatre, Ithaca, NY, in addition to a number of appearances as the host of the legendary Buster Brown Tap Jam at Swing 46, NYC. Andrew also co-hosted his own ongoing session Dance Attacks, with Hayes Greenfield, at Teddy’s in Williamsburg, NY.

In his efforts to continue to champion the art form of tap dance, Andrew co-founded the Tap Legacy™ Foundation, Inc., along with Gregory Hines, chartered to build a cultural center in New York City dedicated to tap dance. Tap Legacy™ produces programming aimed at re-igniting the oral history through which tap dance has been passed down over the years, while championing and promoting the craft’s history. As an extension of this mission Andrew directed the 2011 Tap Extravaganza – New York City’s Celebration of National Tap Dance Day and narrated DanceTime Publications first tap dance DVD, Tap Dance History: From Vaudeville to Film.

Andrew holds a BFA in Computer Art from the School of Visuals Arts and is certified in the Active-Isolated Flexibility System by the Wharton Performance Group. Andrew is on the faculty of Steps on Broadway, NYC, and a guest faculty member of Broadway Dance Center, NYC. Andrew is a card-carrying honorary member of the Original Copasetics, Inc. 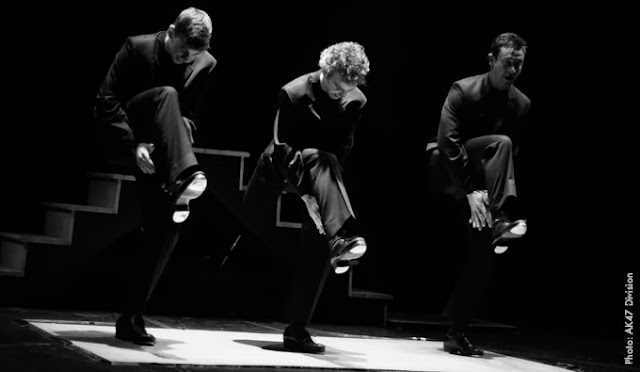