"You are not indispensable to the kingdom of God" 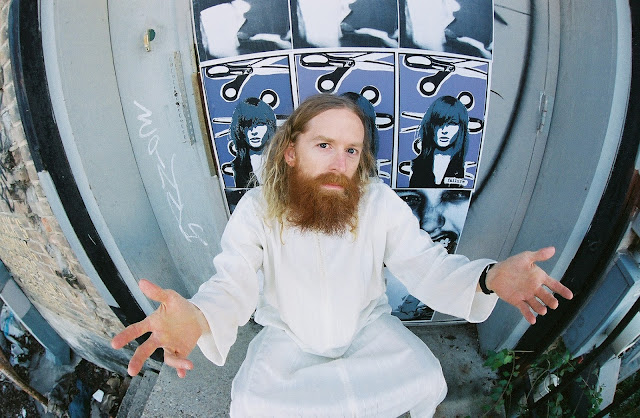 That's the thought that struck me somewhere around the age of 23.

I recognize that it is probably a grandiose thing to think at that age, though perhaps not. Bonhoeffer earned his second dissertation at 23. Keith Green released his first "Christian" album at 23. Bonnie Parker, the American bank robber, died at 23 (in 1934), killed in a police ambush. River Phoenix (1993), Selena (1995), and Charles IX of France (1574) also died at 23. And who really knows what Jesus was doing at 23. So perhaps 23 is not that young after all to feel such things.

I knew I mattered to God's kingdom. I knew I had a place in it. I knew my friends cherished me and I knew I had an important role to play in the world, whatever it might turn out to be. I knew even then that I was a late-bloomer (and have now realized that I'm a career late-bloomer), and that I had a lot of life left to live.

Yet one Sunday morning, while driving in to church, I felt a sudden conviction that I was not indispensable to the kingdom of God. I hadn't planned on thinking that thought, of course, and the idea that I was dispensable was not immediately welcome, though I suspected it was nearer to the truth than otherwise. I also felt remorse for thinking that I might have been indispensable. Or perhaps I felt embarrassed. No, I definitely felt embarrassed, then I felt remorse, then more embarrassment.

Eventually, though, I felt it as a certainty that made me feel a lot better about myself. It also freed me from a lot of silliness.

This is a good thing to remember, I figure, as I approach my forty-first birthday.

That's my Jesus pose up there.

"Of course it wasn't funny; it was tragic. That's why I had to laugh. I looked at a cageful of monkeys and suddenly I saw all the mean and cruel and utterly unexplainable things I've seen and heard and read about in the time I've been with my own people--and suddenly it hurt so much I found myself laughing."

Katie Fox said…
I was about 22 when I realized it. :) But reminders are always good and necessary.
6:02 PM

The Aesthetic Elevator said…
This is something I've realized very regularly the past, oh, five years or more when considering the disparity between what I feel made to do (make art, be an arts catalyst, disciple-er or whatnot) and what my daily grind actually looks like (sleep-deprived new father with an office job). I keep seeing other people work on the things I want to be working on and feel called to be doing (Christian art center, visual arts pastors) and am, frankly, disappointed I'm not more involved.

Not that I ever thought I was the only one to have these desires — I'm very glad I'm not! But when the bones in your body ache to be doing something your not, it's hard not to be disappointed.

A verse I owned, even before this scenario hit home in my life, that helps bring me back to contentment (although it does nothing to satiate the yearning in my bones to be involved with making art, being an arts catalyst, disciple-er or whatnot) is Romans 9:20-21:

20 But who are you, a human being, to talk back to God? “Shall what is formed say to the one who formed it, ‘Why did you make me like this?’”[a] 21 Does not the potter have the right to make out of the same lump of clay some pottery for special purposes and some for common use?

It's an especially poignant challenge when we compare our lives to people who are doing what we dearly wished we could be doing too.

Mainly, though, you should know that you are not alone.
10:42 AM

The Aesthetic Elevator said…
Indeed, not alone. This we need to be reminded of (and the internet is good for this, especially when you're living in a community suffering from a lack of arts and artists in general, let alone artists of faith). Just this morning I received an unexpected phone call from a friend whose life very nearly parallels mine in this regard and it was good to converse about our similar frustrations and encourage each other on in our like pursuits.

The thing about timing . . . we've seen it work almost miraculously in our married life a couple times (particularly while driving through central Kansas), my wife and I, but just as as often we've also had numerous doors seemingly slammed shut in our face. It's definitely confusing when you have a goal or dream or calling — whatever you want to call it — and then a door opens wide and right in front of you that you're not even really looking for at the time, seemingly leading down a hallway you've been waiting for. And after pursuing it for a period of time you get crickets, or the door slamming on your hand as in the most recent case this past winter.

I think this has happened 4? times now for us. At least three. Don't know what to make of it, for sure.

w. david o. taylor said…
Hang in there, Paul. Hang in there. Your people have not forgotten you or your plight. And one of these days we'll get you down to the Laity Lodge retreat so you can relish the company of your tribe, and they, you.
11:52 AM

Rod Lampard said…
I learnt a few years back that the idea we are indispensable comes out of the theological position of 'we do things for God; He needs us', as opposed to 'being invited to do things with God; He wants us'; Barth's 'God does not desire to be God without us'. This took me some time to process, but I could see the potential release of unrealistic expectations, such as perfectionism and people pleasing that comes from such an understanding.
6:26 AM