A spirituality of fourth place 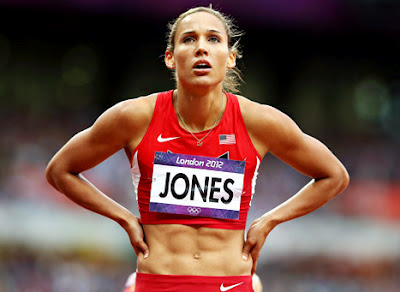 Pop quiz: what do these people have in common?

Never heard of them? Probably not, and you likely won't ever again. Not if the market has anything to say about it.

They have the same thing in common with Lolo Jones and Tyson Gay: they placed fourth. In their given event at the 2012 Olympic Games, they came in seconds, even thousandths of a second, behind third place and therefore short of a bronze medal and the podium and the admiration of millions of viewers around the world.

They were invisible to us.

Six days a week of disciplined effort, costly sacrifice, self-denial, early morning, un-glamorous workouts, frustration and tears and self-doubt, for four years non-stop for a twelve-second race. 12 seconds. And you run 10 one-hundreths of a second slower than third place; and while Lolo Jones still received media attention (though not the kind she wished), everybody else on this list will be forgotten. Un-seen.

I turned to Phaedra the night that Lolo placed an agonizing fourth and said:

"I think fourth place in the Olympics is like the Christian life: lots of tedious, hard work, sacrifices that no one will ever know about. No one sees it--except (maybe) the people you live with. That sucks. That really sucks."

And it did for Lolo. I don't know if it sucked for the twenty people on that list above, but I bet for many of them it hurt. Place fifth: ok. Place tenth or thirty-eighth: ok. Place fourth? It's so close to something you badly wanted and you came away with a heartbreaking, perhaps irreparable feeling of loss, and now you will be forgotten by the people who keep a record of history.

The athletes that were interviewed by NBC during the Olympics repeated three words over and over to describe their experience of preparation: discipline, sacrifice, family.

I figure it's no different for Christians: discipline, sacrifice, family. Of one thing I am certain: we'll go crazy if we don't have some form of the latter. Biological family, spiritual family, friendship family--without it, the Christian life too often feels unbearable.

Today I am grateful for my family.