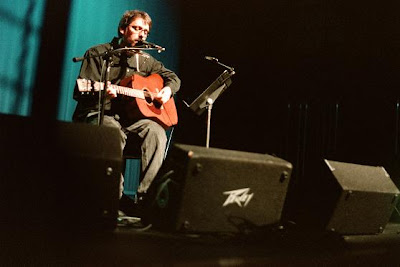 One of the things that makes me happiest is to promote artists whom I knew during my time at Hope Chapel in Austin. Todd Garza is one of those artists. You've probably seen me use photos of him on this blog--like the one above.

Technically he's a singer-songwriter. It might be more accurate though to call him a singer-story writer. Todd has this uncanny ability to tell Greek-like tragedies in the span of three standard verses. Sometime those verses extend to eight, but that's because his Greek-like tragedies turn into Western murder mysteries. If you crossed a Coen brothers movie with Paul Thomas Anderson's There Will Be Blood, you will probably get close to Todd's song, "It Was She Who I Wronged Most Of All." If art can only be understood in context, keep the Coen-Anderson context in mind as you hear it.

I've listened to his album four times back to back in the last 24 hours. Two favorites on the album (no surprise to Austin friends) are "Love" and "Talking While I Sing." 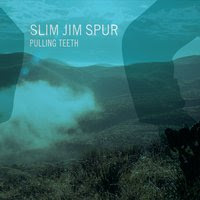 On Saturday he premiers a movie he created and for which he wrote original music that, frankly, sounds almost nothing like his album but is still fierce. Not to overstate the matter, but his movie is brilliant. It cleverly subverts a convention of early 1950s movies and it does so in a poignant, witty fashion. He premiers his movie at the IAM Encounter this coming Saturday.  I can't wait to hear how it's received. I'll post an entry with the movie on Saturday late at night.

In the meanwhile, here are the lyrics to "It Was She Who I Wronged Most Of All" and you can listen to the track here.

It Was She Who I Wronged Most Of All
Well I fled into the Blackwood with my black designs.
And I spied Polly Anna and I sang to her from the cedar pines.
and I quoted her a country I had parsed in the spring
of a black peat bottom valley and how soft the twilight came
And I stole her away in the fall
It was she who I wronged most all.

Now I drew my blue-eyed shoo fly flower over peak and vale.
And by the solstice of the wintertime
Polly Anna set to whine, weep and wail.
She said "Willy oh Willy I'm afraid of your ways
I'm a fearing you are going for to lead me astray"
Well Polly Pretty Polly you're a guessing about right.
Cause I've been digging on your grave the better part of the night
But I swear I will spare your life just to stop your squall.
But don't imagine for a moment my heart is yours to call.

So I drug her down the valley, and we jumped into the creek.
I bartered for a plot, a roof and a bag of seed.
I had an acre of corn put down at the first thaw.

By the middle of the may month Polly's belly begins to swell.
And I held my breath, like I was staring at my own death to foretell
I would have left her then if not for the hem of her prayer shawl.
It was she who I wronged most of all.

We was sitting in the evening watching stars roll down the blind.
When off to the left I heard a single step
and the dog let out a low whine.
It was Deacon John and Henry Dade
they were creeping up from the south.
Carrying Springfield carbines, and watering at the mouth.

I lowered Anna and the baby down
into the cellar underneath the stairs.
I took the Spencer down from the mantelpiece
and I crept around to the flank of the pair.
Deacon John called out to the door
"Oh Willie oh Willie, my prodigal son.
Come down to the well
and I'll baptize you for the treachery you have done"
Then the baby cried and the deacon smiled I knew my end had come.

I set off at dead run and I opened up at the pair
I caught the deacons thigh with my first try
I dropped Henry Dade on the second dare.
Then the Deacon rolled and answered back and I felt my legs go numb
But my hand was steady
when I pulled that hammer on the villain named Deacon John
And I laid his black soul down.

Oh Anna pretty Anna now don't you weep for me.
Now there's a strong box buried in a stand of cedar trees.
Down in the Blackwood, in the fall.
It was you who I wronged most of all.

w. david o. taylor said…
If you need a little help with the song, here is how Todd put it to me in an email: "Yes it is a murder ballad, but not in the way you would first expect. Willie (the narrator) doesn't end up murdering Pollyanna. He chickens out and falls in love with her. Then his past catches up with him and he ends up sacrificing his life to save her (and their baby). The real question of the song is "Who is beyond redemption?"."
9:37 PM

kelly said…
I second all you've said about Todd/Slim Jim Spur. Great album, great video, great guy. I can't wait for his video to be broadly available on the internets for everyone to experience, and I wish I could be there at the IAM conference to see the reaction.
8:12 PM