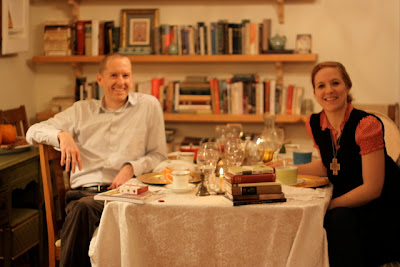 I'm joining at last the tradition of end-of-year book recommendations. I'm late, I know. Most folks have already published their lists. It's the 29th today and I say it's never too late to share a good book.

Over the past year I have read a few that I found myself wanting to announce on a megaphone: "Read this. And this. And this one is good too. And have you heard of this one? It's great!" Here finally is my chance.

Phaedra and I have a file drawer-full of what we call our TV novels. We don't own a TV, so when get the itch to watch TV, we grab a TV novel. (We could grab Hulu or Netflix too, but still. Paper novels tend to win out.) Usually that means something by Michael Crichton or John Grisham or Robert Ludlum. They're quick reads, perfect for plane trips, and if you read two in a row you get a little sick in the stomach because suddenly you feel intensely bored and possibly irritated by the predictable plots.

This year my favorite TV novel has been the Gabriel Allon spy series by Daniel Silva. Not only is Gabriel "the prince of fire," a paid assassin for the Mossad, he's also an art restorer. So not only do you learn, for example, about Nazi activities against Jews during WWII. You also get small lessons in the artwork of Titian and Bellini. How nice is that?

Best Cable TV Novel
You might be surprised by my choice here. Just like cable TV (as, say, HBO) has some of the best writing on television, so certain novels attain a certain cable TV status for me. Mine this year is Suzanne Collins' Hunger Games trilogy. While a "young adult" series, I found myself captivated by the story of Katniss Everdeen, which Collins sets in a dystopian future in North America.

The précis is this. As punishment for a long-ago rebellion against "the Capitol" (located somewhere in the Rocky Mountains), every year one boy and one girl from each of the remaining twelve districts, between the ages of twelve and eighteen, are selected by lottery and forced to participate in the "Hunger Games." The Games are a televised event where the participants, called "tributes," must fight to the death in a dangerous outdoor arena until only one remains. The third and final novel, Mockinjay, ends in a decidedly un-sentimental manner. I found myself deeply moved by the way Collins depicts the resilience and suffering of teenage kids under a time of war.

I loved Michael Chabon's The Amazing Adventures of Kavalier and Clay. Winner of the 2001 Pulitzer Prize for fiction, Chabon's novel starts in the late 1930s and runs into the 1950s. In it he features two Jewish boys whom he sets in the middle of the Golden Age of comic books, in the shadow of guys like Jack Kirby (creator of Captain America and the Fantastic Four), and Stan Lee (the creator of Spiderman).

I confess Chabon's novel made me cry. I cried at points when the writing was so beautiful it awakened in me a longing for the world to be made right again. I cried because the characters experienced so much grief, un-redeemable loss, yearning for love, creative melodrama, silly yet magical encounters, and equal parts fortune and misfortune. The story followed me into my dreams, robbing me of sleep on occasion. Quite wonderfully, the novel felt like a hybrid of magical realism, comic book zanyness and biblical morality tale. Now it's on to Chabon's Yiddish Policemen's Union. 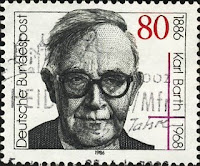 Karl Barth's Church Dogmatics, III.1 and III.2. I didn't get much Barth at Regent College. I don't think Packer was a fan.  It's only now, fifteen years later, that I'm finally being properly introduced to one of the most expansively curious theological minds of the 20th century.

Last spring I joined my theology and arts guys to work through Barth's doctrine of creation, with Jeremy Begbie as our trusty guide. I can't remember when I last read theology that made me smile and want to pray at the same time. Barth helped me to see creation as nothing less than a spilling over of God's grace. Simply fantastic.

Best Book for those who care about the Church's Worship (tie)

In God's Companions: Reimagining Christian Ethics, Sam Wells focuses on the way that each part of the "liturgy" forms us ethically.  I cannot more highly recommend this to pastors in Anglican, Catholic and high church Presbyterian, Reformed, Methodist and Lutheran traditions. But for those in other traditions, I say, please get a copy. It can only encourage you in the work you're already doing and perhaps inspire you to make connections that you hadn't seen before.

After reading Jamie Smith's Desiring the Kingdom: Worship, Worldview and Cultural Formation, two things happened for me. One, I began seeing the industries of culture differently--the mall, the military complex, the government, the cineplex. Smith asserts that each of these industries advances a "liturgy of desire." It's not simply that they shape our thinking or cause us to believe things. It's that they awaken a powerful set of desires in us, desires that often operate under the radar, desires that may unconsciously pull us away from gospel desires.

Two, I regretted not having read it sooner. I had written a paper in the fall of 2009 in which I had explored the way Hope Chapel's liturgical use of visual art had formed the congregation theologically. Smith's thesis confirmed my own observations and provided me with useful analytical tools. Highly recommend it to people who pay attention to culture.

Best Book on the Holy Spirit 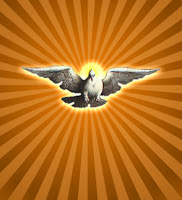 For all the times I have been frustrated with the way churches depersonalize and demote the third Person of the Trinity (as a sweet little dove--sweet? little? docile? No. Biblical, yes, but surely our biblical imaginations can do better than that), I am grateful for the way that Catholic theologian Thomas Weinandy rescues us (especially in the Western Tradition) from a poor conceptualization of the Spirit. Even if it's hard to get ahold of, it's a very fine book: The Father’s Spirit of Sonship: Reconceiving the Trinity.

Best History Book (or rather book about the study of history)
Rowan Williams' Why Study the Past? The Quest for the Historical Church. In this compact book by the archbishop we discover an impassioned plea to allow the strangeness of history to become familiar again and the familiar to become strange.

Best Theological Anthropology Book
David Ford is one of the most lucid theological writers living today. He is always a pleasure to read. Self and Salvation: Being Transformed is no exception.

The Message in the Music: Studying Contemporary Praise and Worship, edited by Robert Wood and Brian Walrath. This is a critical but not mean-spirited or sloppy reading of contemporary worship music. I've read plenty this year. Too many fail because they adopt a snobbish approach, which methodologically warps their vision.

Best Book on Musical Instruments
It's always great to be able to see the bird's eye view of a thing. David W. Music's Instruments in Church: A Collection of Source Documents is just such a book. It's expensive, so you may want to read it in the library, but for all you pastors and music ministers, this is a great reminder that there is very little new under the sun. (I wonder if the author finds his last name fortuitous or unfortuitous.)

Best Book on Art and the Church (yes, you guessed it!)

For the Beauty of the Church: Casting a Vision for the Arts, edited by yours truly and including the very fine essays by Andy Crouch, John Witvliet, Eugene Peterson, Lauren Winner, Barbara Nicolosi, Joshua Banner, Jeremy Begbie and myself. It's the book I wished I'd had when I served my first internship as an "arts pastor" in 1996. It's only a beginning of course. More will need to be written. But it's a beginning I'm pleased and proud to have been a part of. (And this was nice too.)

Best “Poem in defence of the decent ornaments of Christ Church, Oxon, occasioned by a Banbury brother, who called them Idolatries”: Parnassus Biceps (1656).

And with this little snippet from a poem written during a turbulent time for the arts in the Church of England, I end my favorite books list.

‘Tis onely some base niggard Heresie
To think Religion loves deformity.
Glory did never make God the lesse,
Neither can beauty defile holinesse.

w. david o. taylor said…
My pleasure, Brannon. Unfortunately, of the writing of books, there is no end. For life on planet earth that's a cause for considerable stress (and therefore misfortune, if you will), because there is never enough time to read. But for the life in the age to come, it will be a cause for eternal delight.

What we need in the meantime is our guardian angel to keep track of all the books we've wanted to read, did not have time to read and promptly forgot along the way.
5:32 PM

Zac Hicks said…
Thank you! Looks like I've got some reading to do!
6:23 AM

w. david o. taylor said…
Zac: I honestly feel like I'm always catching up on good reading. I guess it helps to read a little bit every day. Or if you're like Stanley Hauerwas, you try to read an entire book every morning.

By the way, Zac, I have really appreciate the book reviews you've written on your site. They've been an invaluable quick look at books in a field I care about, the church's worship.
9:17 AM

Unknown said…
David, your ability to reflect eloquently at so many levels is such a delight. You always feel like a welcome reader. Thanks for your great blogging this year. Saved me from having to wander aimlessly in search of less illumined reading. in other words. High Five!
7:43 PM

w. david o. taylor said…
Bruce, I'm humbled by the compliment. Thank you. Blogging is a funny deal. Some days I tire of it. On those days I remind myself that, at the very least, it's a way to get my head clear about things--or perhaps it's my emotions that need a clearing up--and writing helps that process. I don't take for granted the fact that people read my stuff.

It still boggles my mind that we are entering the second decade of the twenty-first century. Time keeps marching forward. I'd say it's going by faster, but I felt that way ten years ago, so I'll just accept that it's playing tricks on my mind. When I think about it for any length of, well, time, I find it to be such a mystery. Such a strange, strange mystery.
9:35 PM

Sarah Kivell said…
Just finished reading 'For the Beauty of the Church' and I am inspired! Thanks for even more recommendations! ~Sarah
8:25 PM

Anonymous said…
Hi David, I'm a newcomer to your blog and am thoroughly enjoying reading back through past posts. I'm currently writing a Bachelor of Divinity honours dissertation at Edinburgh University on the role of liturgical space in the theological and spiritual formation of the worshipping community so am intrigued to see that you have written a similar paper looking at Hope Chapel. Is this paper published? I'd love to have a look at it if possible.

Jamie Smith's 'Desiring the Kingdom' has been hugely influencial in my own thinking - such a fabulous book.

I've also just ordered 'For the Beauty of the Church' and am looking forward to reading it!
2:48 PM

w. david o. taylor said…
Kate, if you have an email address, I'll send you a copy.

And it's very fun to meet another person studying in Scotland. My wife grew up there, so it's always a fond thing to find people who live or study there.
7:15 PM