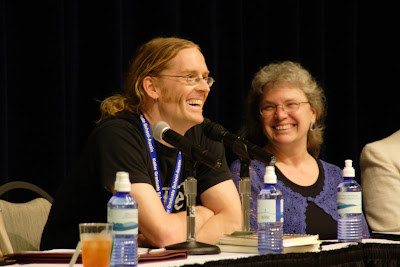 I am pleased to announce that Frederica Matthewes-Green will be our second speaker at next May's "pastors to artists" retreat at Laity Lodge. I first met Frederica in the summer of 1998. I had driven up from Austin to the wild and wooly Cornerstone Music Festival which literally unfurled in the middle of nowhere Illinois, under the thick June heat. Frederica was one of the seminar speakers. I spoke to her afterwards and I remember leaving feeling very encouraged by her words to me. Our second exchange took place at a "C. S. Lewis" conference. That's the picture above. We're laughing about something, who knows what. But it was funny, and I had long, very straight hair.

Frederica is a completely delightful woman with a wide range of interests, not least of which is the arts. Her written work has appeared in the Washington Post, Christianity Today, Smithsonian, the Los Angeles Times, First Things, Books & Culture, Sojourners, Touchstone, and the Wall Street Journal.

She has published 9 books, including Facing East: A Pilgrim’s Journey into the Mysteries of 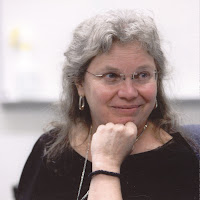 Orthodoxy (HarperCollins, 1997) and The Illumined Heart: The Ancient Christian Path of Transformation (Paraclete, 2001). In the past, her commentaries have been heard on National Public Radio’s All Things Considered and Morning Edition. Her essays were selected for Best Christian Writing in 2000, 2002, 2004, and 2006, and Best Spiritual Writing in 1998 and 2007.

She has also appeared as a speaker at places like Yale, Harvard, Princeton, Wellesley, Cornell, Calvin, Baylor, and Westmont; at the Smithsonian Institute, the Aspen Institute, Washington National Cathedral, the Los Angeles Times Book Festival, the American Academy of Religion, the Veritas Forum--well, you get the point. She's good at what she does.

She lives with her husband, the Rev. Gregory Mathewes-Green, in Baltimore, MD, where he is pastor and she is “Khouria” (“Mother”) of the parish they founded, Holy Cross Orthodox Church. Their three children are grown and married, and they have eleven grandchildren.

I'm excited to share this opportunity with her and hope you can join us too. I'm confident she will offer a beautiful perspective on the vocation of artists and on the work of shepherding them. Here is the earlier blog entry in which I announce our May 2011 retreat. Registration will open in the next couple of weeks, so stay tuned. And here is another picture from that Lewis conference. I'll give you a free book and a jar of homemade fig jam if you can identify all the people in the pic. 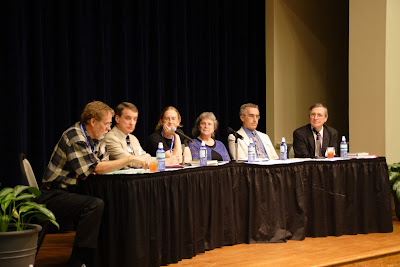