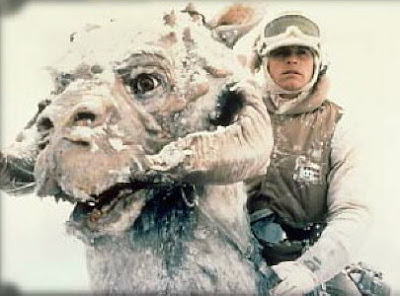 Phaedra and I have been experimenting with ways to save energy. There's the usual "Turn off the lights when you leave the room," "Take short showers" and such. Last week we asked the city, finally, to exchange our mid-sized garbage can for the small can, and it's pretty small, not a "30%" small, more like a 14% of the original volume and it's forcing us to think more practically about how much garbage we (want to) produce.

This year we decided to try a bold new measure. We're not turning on the heat. And we're going to see how long into the winter we can last--and how many guests we can trick into wearing their coats inside our house. "No, no, please keep your coat on. You look great in that coat. Burlington Coat Factory, yes? No? Hugo Boss? Of course. Perfect. No auf wiedersehen from us. You make the coat! And besides, did you know that it's all the rage in New York City to wear one's coat inside? Oh sure. Everybody's doing it. Coats aren't just for outside anymore. Oh no, that's so cliche."

Granted in Texas you can get away with a lot more than in the north. In the north winter usually comes to stay. In Minnesota, it comes to stay and stay and stay. In Texas it comes like a tease--or as we'd say in Guatemala, like a "coqueta." One morning she, winter, bursts in, all 35 degrees of shivery insouciant charm, like a socialite immediately demanding your attention--"Love me!"--"Here!"--"Now!"--instantly taking over your home as if it were hers and promising you all the cozy pleasures of hot cocoa and wool sweaters. By afternoon she's gone. Ditch the woal. Pretend if you wish, but you'll only be pig sweating. In a flurry she's left her poor, haggard sister, summer, to resume her seasonal watch. It's 72-degrees outside; tank-top weather. Of autumn we see very little--of her. Yes, all the seasons are female, beautiful and tempermental. Perfectly so.

But still, it gets cold in Texas. Eventually the temperatures remain at the bottom side of the mercury. A few nights ago the temperature dropped to 31, the freezing mark. We covered all our plants and the backyard garden with beach towels, hand towels, tea towels, pillow covers, blankets and sheets. Inside we covered ourselves with, well, winter clothing. We stacked the bed with down-comforters. Phaedra boiled water for a hot water bottle. I slipped a heating pad under my back for a twenty-minute heating session. And we lit the house with candles as if it were a 13th-century medieval castle.

This past Wednesday morning I crawled out of bed and tip-toed over to the thermostat. Phaedra drowzily stared at the ceiling. I looked over at her excitedly, "Hey, guess what?" "What?" she mumbled. "It's a record! It's 49 degrees in this house!" She smiled, then said, "So go make some tea."

We're totally loving it. I don't know how long we'll last, but one thing is sure: There's very little sluggishness happening around our house these days. Our mental faculties are sharp. And as Providence would have it, there are plenty of natural occasions for heating. There's your metabolism. There's the pale mid-winter sunlight. There's the oven. In fact, at this present moment Phaedra is pulling out freshly baked bread from the oven and I'm in the middle of preparing a chocolate torte for 45 minutes of oven time. The oven generates prodigal amounts of heat.

Bill Watterson of Calvin and Hobbes once said: "I like these cold, winter days. Days like these let you savor a bad mood." Our experiment is not so much license to savor bad moods as to savor the preciousness of warmth. We're saving pennies, yes, but we're also coming alive and paying a lot of attention to what it takes to warm our house or what it would have taken to warm a 19th-century Laura Ingalls Wilder pioneer home or 13th-century medieval, small-sized, or maybe very petite, castle.

Tonight Phaedra was upset that preparations for a dinner party were not turning out as she was wanting them to turnout. I in a well-intentioned effort sought to comfort her with positive speech: "It's not as bad as you think. Folks will love whatever you do. You have too high expectations; it'll be ok and probably more than ok. And besides, I love you." Foolish, I know. What she really needed was sympathy. She needed me to say: "I'm sorry things aren't turning out as you'd imagined. That stinks. I know you had great plans. They're good plans. Don't lose heart. I'm with you." Sym-pathos: feeling with. I'm reminded of that very strange passage in the Proverbs: "As he that taketh away a garment in cold weather, and as vinegar upon nitre, so is he that singeth songs to an heavy heart" (25:20). What the heck is nitre?

Whatever it is, it involves cold weather and inappropriate songs. Phaedra and I are waking up these days with a lot of garments in mind. There's no pajama lounging around our house. But there is a greater sense of noticing very simple things that can easily be taken for granted: cold and warm, coats and no coats, the privilege of modern Utilities and the absence of Utilities, and the money to be able to pay or not pay for them. It's a silly exercise perhaps. No Nobel prizes awared for our efforts, and none needed. But I guess you can say it's our way of slowing down and trying, by God's grace, to pay attention to the details of our lives. Staying awake. Being alert. And countering as best we can the temptation to take (American) life for granted. 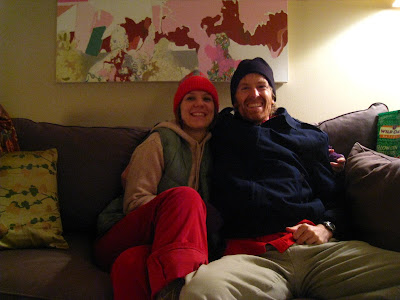 Layered clothes, an electric blanket and a cozy warm Rottweiller also help. My version of this experiemnt is resorting to only heating one downstairs room with minimal heat (since I live and work here 24 hoursw/day) but shut off the gas line which feeds the stove AND the hot water heater (we have 2 meters). After a trial run in September-November, the gas co. now came out and cut off that gas meter so I won't even get billed for having that meter connected. So, I'm committed for the entire winter.

tamarahillmurphy.com said…
I am reading this in front of my crackling fire and in my flannel pj's and wrapped in two layers of blankets and nursing a cup of vanilla chai. And Brian is online searching for a portable heater for our family room. Wish I had some of that homemade bread, though.
It's definately a way to appreciate the truth that "two are better than one", huh?!?
By the way, nice use of "insouciant"...love that word! Really fun post, David. Thanks!
6:38 AM

Jim Janknegt said…
A large part of living an authentic life is mindfulness and gratitude. A flick of a switch or the push of a button doesn't necessarily lead to either.

We heat our home solely with a wood burning stove. I cut the wood, split the wood, haul the wood often from trees on our own land. I have to think about staying warm six months ahead of time so the wood has time to season.

We don't start a fire until the inside temperature is 68. Then we grab some kindling and pecan or oak or mesquite and get the fire blazing. It generates a lot of heat and does tend to make one both mindful and grateful of what it means to keep warm.

And it is a special blessing to wake up on a very cold morning and find enough coals left over to get the fire going again without starting from scratch.
7:10 AM

w. david o. taylor said…
Funnily enough, dearly beloved, yesterday was a perfect example of coquettish Texas weather. We awoke to a ridiculously balmy 78 degrees. Getting this kind of temperature on the 9th of December is enough to make a Christian man very bitter. By evening we had plummeted to a wet, icy, sleety 34 degrees that summoned with firing horns and sirens the younger Taylor fire brigade to rush out into the backyard in order to once again cover all plants and broccoli heads. What a day.

GB: I take it your showers are cold? If so, brave man thou art. Very brave.

Jim: Love it. I love the way you seek to live and admire it. AND you're a prolific artist. Well done, my friend. Well done.
8:38 AM

Adam L said…
Nice. You guys don't have a fireplace do you? Methinks Laura Ingalls Wilder probably had one of them...hehe.
4:09 AM

Unknown said…
I immediately identified with this post. I just watched Star Wars IV last night. Not to cold here in Africa next to the equator. I look forward to hearing you guys trying to go without A/C!

Kudos to your attempts.

It is so obvious how much trash we create when we are in Sudan. No trash pickup here.
6:24 AM

Dennis Family said…
I turned down the thermostat in my hotel room after reading your post. After awhile, realizing that the hotel management was not going to give me credit for this, I turned it back up.
9:21 PM